Driver charged in string of 3 crashes, 2 of them deadly, may be tied to fourth wreck

KTRK
HOUSTON (KTRK) -- Three crashes, two of them deadly, are all believed to have been caused by one driver, and while he's facing additional charges, he may be tied to yet another -- a fourth -- crash.

Blaine T. Boudreaux, 34, is behind bars, facing an intoxication manslaughter charge in connection with an accident that killed a 6-year-old boy Sunday evening.

Boudreaux was allegedly drunk when he was driving a black Dodge 1500 pickup truck northbound on Lockwood and ran the red light at the intersection with the East Freeway feeder road. The truck struck a black Honda Civic. Joshua Medrano, 6, was riding in the Honda driven by his mother, and was killed.

Boudreaux was taken into custody following that accident.

Investigators say they have linked Boudreaux to another incident just hours earlier. They believe he struck and killed a 61-year-old homeless man along Spur 5, not far from the University of Houston campus. That accident took place at about 3pm Sunday, but authorities didn't discover the victim's body in the ditch until Monday afternoon.

Officials say parts of Boudreaux's vehicle, including a bumper and license plate were left at the scene.

Investigators also believe that Boudreaux was involved in a third accident that occurred before the homeless man was struck. That wreck involved a mother and her two-year-old child in the medical center area, and they are both OK. Boudreaux was reportedly given a ticket in that case, and was allowed to leave the scene.

"This is our first time experiencing something like this, so I guess I couldn't grasp the extent of it," said Brittany, the accident victim.

All three accidents took place between 3pm and 6:30pm Sunday. After the extensive news coverage, a man called Eyewitness News saying he, too, had been involved in a crash with Boudreaux. His was at Westpark Road and Weslayan in southwest Houston. The man, who asked that we not identify him, took a picture of Boudreux's license plate and provided it. No one was seriously hurt, but the man is asking what if?

"Had I been sharp enough, could have just hugged Blaine Boudreaux and said calm down, calm down, because he was not calm and I didn't," he said.

Eyewitness News has confirmed the State of Texas recently shut down Boudreaux's home security business due to unpaid taxes and before he let is pharmacy technician license expire.

Boudreaux is charged with failure to stop and render aid involving death, intoxication manslaughter and intoxicated assault. Houston police sources say Boudreaux was on prescription medication. However, it's unclear if he was impaired during the first accident.
Related topics:
houstoncar accidentdrunk driving deathchild killed
Copyright © 2021 KTRK-TV. All Rights Reserved.
RELATED 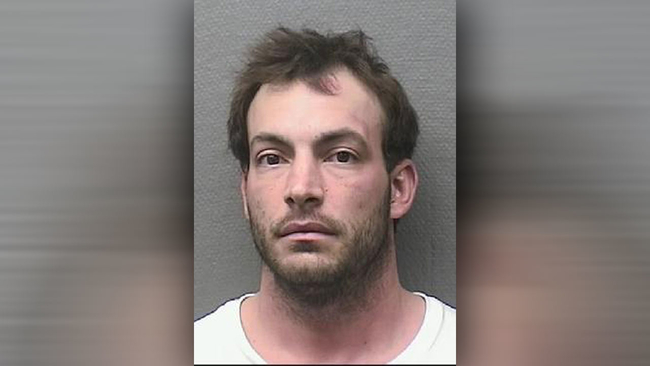