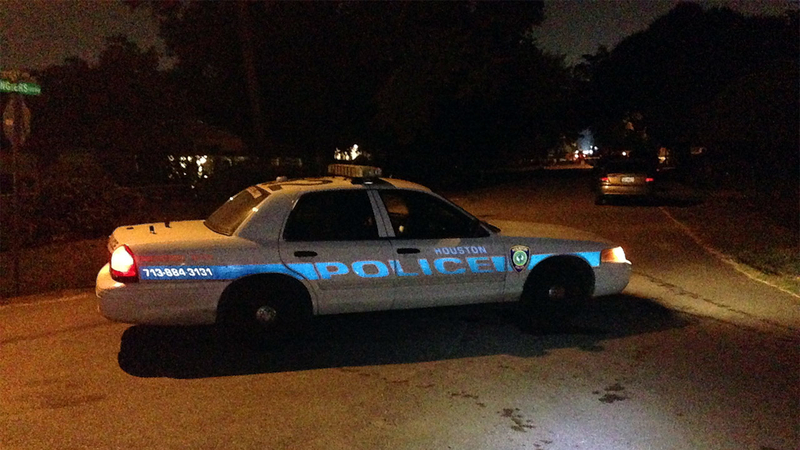 Police say they were conducting surveillance on a man wanted for aggravated robbery. Investigator say the man led police on a short chase before barricading himself inside the home.

As officers surrounding the home, negotiators and a SWAT team were called in. Investigators say that despite repeated attempts to get the man to surrender, he would not come outside.

Around 11:30pm, SWAT officers attempted to enter the home to try and apprehend the suspect. Police described a violent confrontation after they pinpointed the suspects location within the home.

"As one of the officers pulled down the door of the attic access... At that point the suspect was in the attic and he fired multiple rounds at the SWAT officers. Out of fear for their life they returned fire," said Victor Senties, an HPD spokesperson.

Investigators say the SWAT team was forced to retreat. Tear gas was later fired into the attic, causing the suspect to fall through the ceiling. He was arrested a short time later.

Police say no one was injured during the standoff and shootout.