Surgeon with Ebola coming to U.S. for care 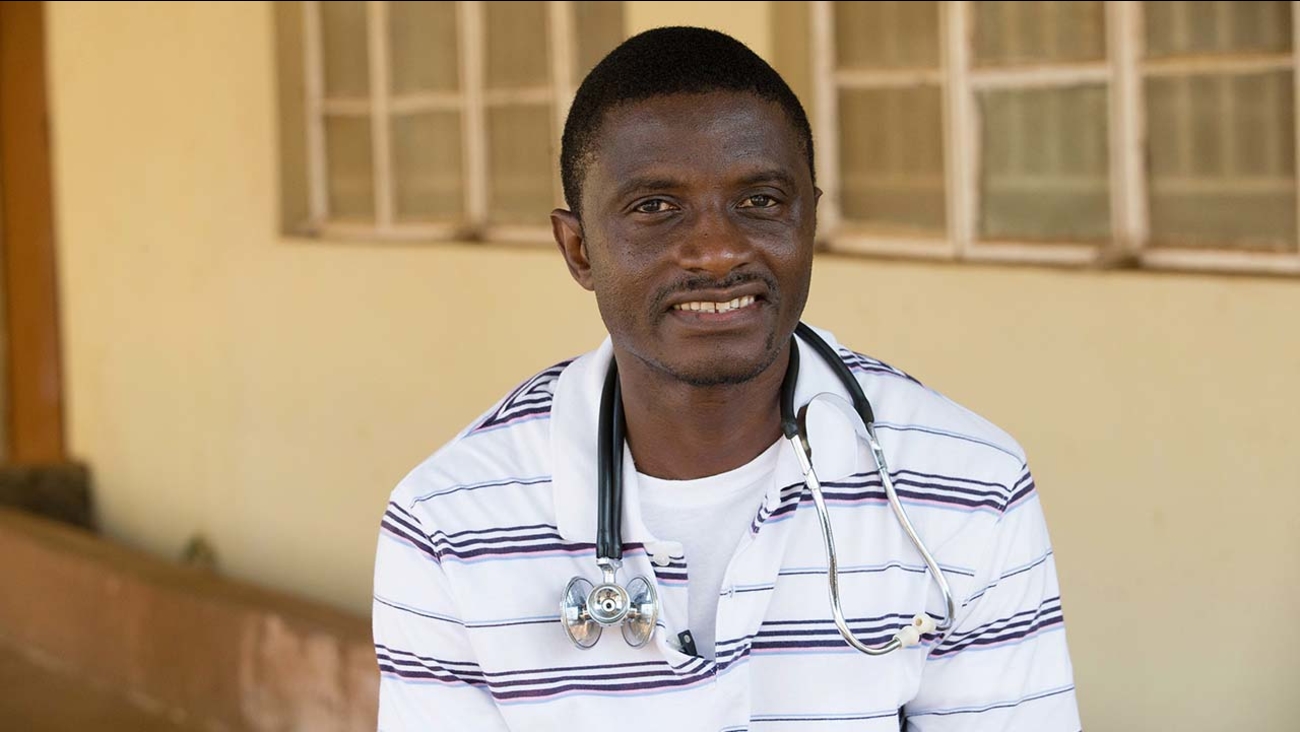 AP
FREETOWN, Sierra Leone -- At first, Dr. Martin Salia thought he had malaria or typhoid. A surgeon working in Sierra Leone, he told his wife back in Maryland that he had a headache and fever. He had two negative tests for Ebola, his wife said. Then the third came back positive.

His wife, Isatu Salia, said in a telephone interview that when she spoke to her husband early Friday his voice sounded weak and shaky. But he told her "I love you" in a steady voice, she said.

The two have prayed together, and their children, ages 12 and 20, are coping, Isatu Salia said, calling her husband "my everything." She said her husband travels frequently between the United States and his native Sierra Leone but never stays in the U.S. long because he believes people back in Africa need him.

Salia will be treated at the Nebraska Medical Center in Omaha, said Kargbo. He will be the third Ebola patient at the Omaha hospital and the 10th person with Ebola to be treated in the U.S. The last, Dr. Craig Spencer, was released from a New York hospital on Tuesday.

Salia had been working as a general surgeon at Kissy United Methodist Hospital in the Sierra Leone capital of Freetown. Kissy is not an Ebola treatment unit, but Salia worked in at least three other medical facilities, United Methodist News said, citing health ministry sources. Patients, including mothers who hours earlier had given birth, fled from the 60-bed hospital after news of the Ebola case emerged, United Methodist News reported.

The hospital was closed on Tuesday after Salia tested positive and he was taken to the Hastings Ebola Treatment Center near Freetown, the church news service said. Kissy hospital staffers will be quarantined for 21 days.

Salia received his surgical training from a group called the Pan African Academy of Christian Surgeons, which seeks to train African doctors on a level comparable to training they would receive in the U.S., said Richard Toupin, of Auburn, Indiana, a fellow medical missionary.

"He is one of the best-trained surgeons in his country," Toupin said. "He is a very competent surgeon."

Bruce Steffes, executive director of PAACS, said Salia graduated from the surgical training program in 2008. The training includes a requirement to practice in Africa for four years after completion. As a result, Steffes said, Salia was free to practice anywhere he wanted, but elected to stay in Sierra Leone, where the need for surgeons is immense.

Jeff Bleijerveld, director of global ministries for the United Brethren in Christ church, said he last talked to Salia in February 2013, when they met to discuss planning for a hospital in the southern part of Sierra Leone. He recalled watching Salia perform a hernia surgery on a young boy, assisted by a handyman who was not actually a doctor. He recalled Salia leading the surgical team in prayer before the operation.

Salia came down with symptoms of Ebola on Nov. 6 but test results were negative for the deadly virus. He was tested again on Monday, and he tested positive. It wasn't clear whether he had been involved in the care of Ebola patients.

Sierra Leone is one of the three West Africa nations hit hard by an Ebola epidemic this year. Five other doctors in Sierra Leone have contracted Ebola, and all have died.

The disease has killed more than 5,000 people in West Africa, mostly in Sierra Leona, Guinea and Liberia.

The U.S. State Department said it was helping facilitate the transfer of Salia; the U.S. Embassy in Freetown said he was paying for the expensive evacuation. The travel costs and care of other Ebola patients flown to the U.S. were covered by the groups they worked for in West Africa.

The hospital in Omaha is one of four U.S. hospitals with specialized treatment units for people with highly dangerous infectious diseases. It was chosen to care for Salia because workers at units at Atlanta's Emory University Hospital and the National Institutes of Health near Washington are still in a 21-day monitoring period.

Those two hospitals treated two Dallas nurses who were infected while caring for Thomas Eric Duncan, a Liberian man who fell ill with Ebola shortly after arriving in the U.S. and later died.

The other eight Ebola patients in the U.S. recovered, including the nurses. Five were American aid workers who became infected in West Africa while helping care for patients there; one was a video journalist.
Related topics:
healthebola
Copyright © 2020 by The Associated Press. All Rights Reserved.
EBOLA