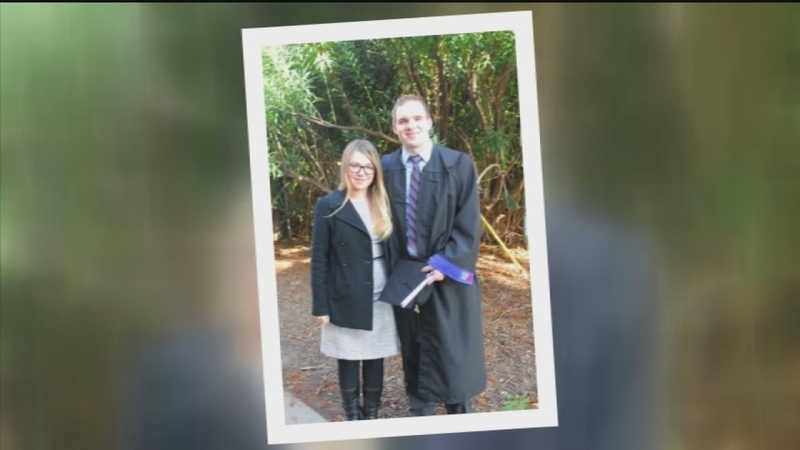 HOUSTON (KTRK) -- A young couple is suing The University of Houston for allegedly violating their due process rights during a lengthy and twisted investigation that led to the students' expulsion.

When Natalie Plummer suspected her boyfriend Ryan McConnell was cheating on her with another student, she went to his campus apartment and found the two naked and passed out. Then, she pulled out her camera to document it.

"She used the camera to document her boyfriend's infidelity," said Robin Weinburgh, who is one of the attorneys representing Plummer and McConnell.

According to Weinburgh, the other woman woke up, still intoxicated, and asked Plummer to join them. The lawsuit, filed last week in federal court, indicates the other woman told Plummer, "You're hot" and "I want to sex you." Weinburgh said Plummer led the girl into the hallway, where the girl continued to solicit sex from her. Then, Plummer left the girl naked in an elevator where other students found her and alerted campus police.

Police and prosecutors determined there was insufficient evidence of a crime.

Months later, the other woman filed a formal complaint with the university, saying her Title IX rights were violated and she was, "A victim of sexual assault ... at the Calhoun Lofts."

"There was no sexual assault here," said Weinburgh. "It's a situation in which two individuals got inebriated and engaged in consensual sex."

It wasn't until 2013 that McConnell and Plummer got official word that it had been decided through an investigation that they violated the school's sexual misconduct policy and both would eventually be expelled.

"From our perspective, he hasn't done anything and wasn't afforded a chance to defend himself," said Weinburgh, adding that colleges are under mounting pressure from the Department of Education to act more aggressively when it comes to responding to alleged sexual assaults, or risk losing federal funding.

"In 2014, 55 schools were under investigation for Title IX violations for failure to investigate," said Weinburgh, who notes the balance between protecting rape survivors and not rushing to judgment against the accused.

Ryan McConnell graduated with a degree in accounting. Plummer is a junior and still NINE classes away from her diploma. Her attorneys hope they can get her back into school while the case is pending.

In a statement, a University of Houston spokesperson said, "We are committed to the enforcement of Title IX, the protections of due process and other legal rights of the parties involved."