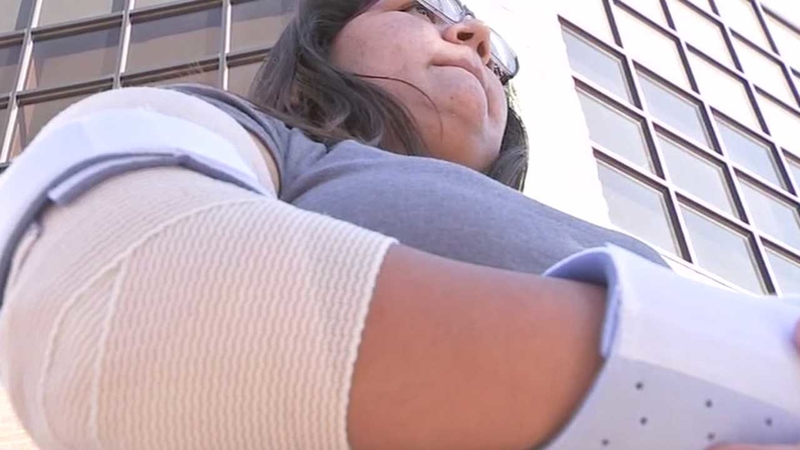 SUGAR LAND, TX (KTRK) -- We met 16-year-old Angelica Rodriguez and her father, Jesse Rodriguez, at the Hanger Clinic where he says she's seeing a specialist about her fractured arm, an injury she says she received Wednesday at the M.R. Wood Alternative School in the Ft. Bend ISD.

Angelica says she walked through a metal detector. It went off so she had to be searched, and claims she asked for a female to search her. The officer reportedly denied her request, so she resisted a search by him.