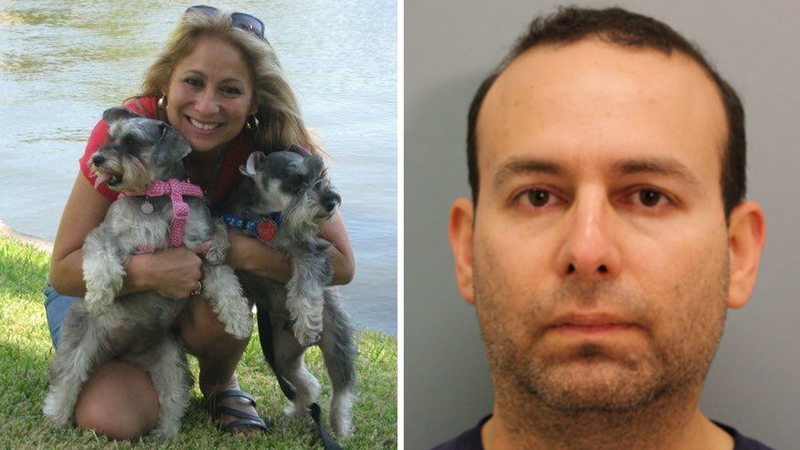 SPRING, TX (KTRK) -- Was the shooting death of a Spring woman self-defense or retaliation? Attorneys for the accused shooter and the victim's family have very different motives.

Hector Campos, 43, is expected in court Thursday morning. He is charged with murder and is out of jail on a $50,000 bond.

Campos is accused of gunning down Ana Weed, 53, Tuesday afternoon in retaliation for helping his estranged wife in their pending divorce and custody battle.

"This is clearly an act of retaliation. That is the family's position. That is my position," said Charles Johnson, Jr., a criminal defense attorney who is acting as a spokesman for the victim's family. "And Mrs. Weed paid the ultimate price."

The aftermath of the shooting on Mourning Dove Drive in Spring was caught on camera. Weed's husband is seen on cell phone video kneeling over his dying wife as another man held Campos at bay with a gun.

"He feared for his life," said Jon Parchman, an attorney for Campos. "This was self-defense."

Parchman told Eyewitness News that the neighbors, who live next door to each other, were arguing over the whereabouts of his estranged wife. Campos believed Weed knew where she and their 1-year-old daughter are. He hasn't seen them since last June. Campos filed for divorce in September. Parchman says the argument escalated and Weed was "going for his neck" after she had already assaulted him with a roll of tape.

"A five-foot-two woman with a roll of tape? I don't think she deserves that level of force against her," Johnson insisted.

Johnson says Weed and her husband helped Campos' wife financially leave her husband. He says she was being abused.

"These are good people who tried to do something good. She (Weed) was executed for it."

Eyewitness News could find no police reports to substantiate the abuse claim.