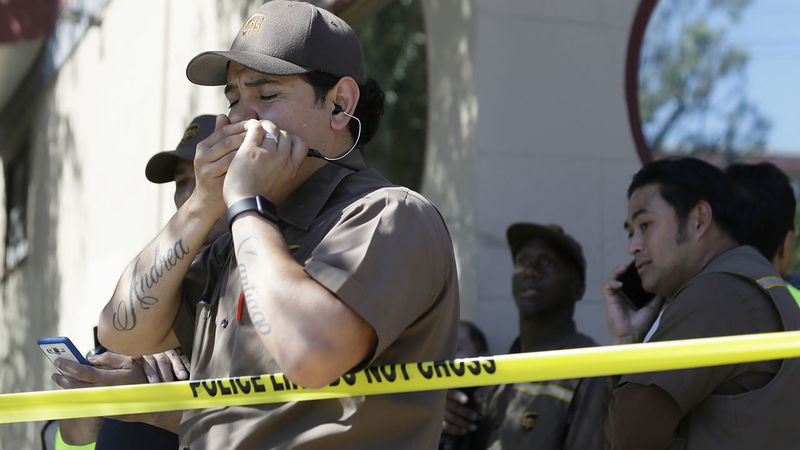 SAN FRANCISCO -- For police investigators and reporters, much of Wednesday was spent trying to find out more about UPS shooting suspect Jimmy Lam, and why he went on a rampage.

Police sources tell ABC13's sister station, ABC7 News, the gunman had a history of mental problems and that he was estranged from his wife. Investigators are not sure if he targeted any one person or fired at random.

The suspect, dead on arrival, after being confronted by police and taking his own life, identified in the early moments after the gunfire stopped as a UPS employee.

But as the day wore on, San Francisco police would not officially confirm that Lam was the shooter.

"We just want to make sure, the Medical Examiner is the one to confirm identification of the person," said San Francisco Assistant Police Chief Toney Chaplain. "And after that's done and we got confirmation and the next of kin have been notified, then we will release the names."

But two UPS employees tell the I-Team that Lam was the gunman and that he was around 40 years old, and a San Francisco resident with children.

Further, one employee tells ABC7 News that Lam was having problems on the job and off and, "had it out for a manager."

The I-Team also saw police at the scene searching a 2012 BMW that came back registered to Lam.

"He kept to himself," said a retired UPS worker that didn't want to be identified. "Really didn't participate with other drivers."

The driver says he worked with Lam for more than a decade and describes him as a "loner."

"I never heard anything about him other than when it came to management," the retired worker added. "He would have friction with management."

That driver also says he has a hard time understanding why Lam opened fire, and that in his experience, the drivers all got along.