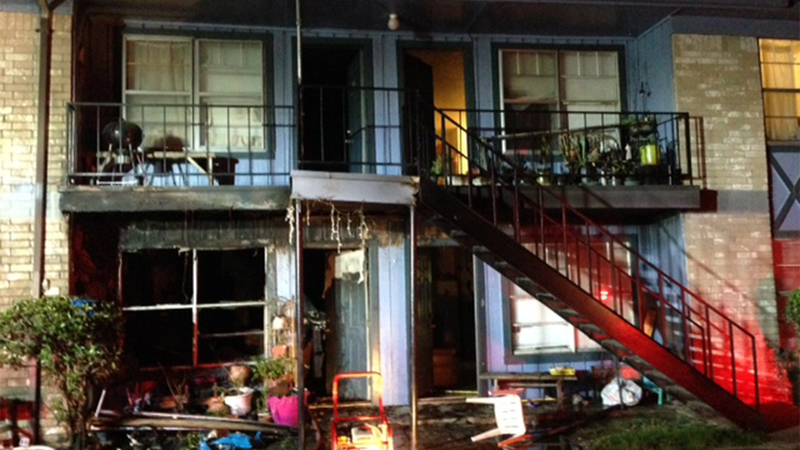 HOUSTON (KTRK) -- The Houston fire department is crediting a security guard with saving a man's life during an early morning fire in northwest Houston.

It happened at the Raghu Apartments in the 8600 block of Pitner just after 4:00am this morning.

Fire officials say when they arrived, thick black smoke was pouring out of at least one apartment unit on the first floor.

"(The) security guard ran around to the front of the building. He kicked in the door. He was attempting to pull a man out of the first floor unit. He suffered from smoke inhalation," said chief Roy Moore.

Six people in total sustained injuries. Three were treated on scene and three others were taken to the hospital for smoke inhalation.

The fire is under investigation by the Houston Arson Bureau.