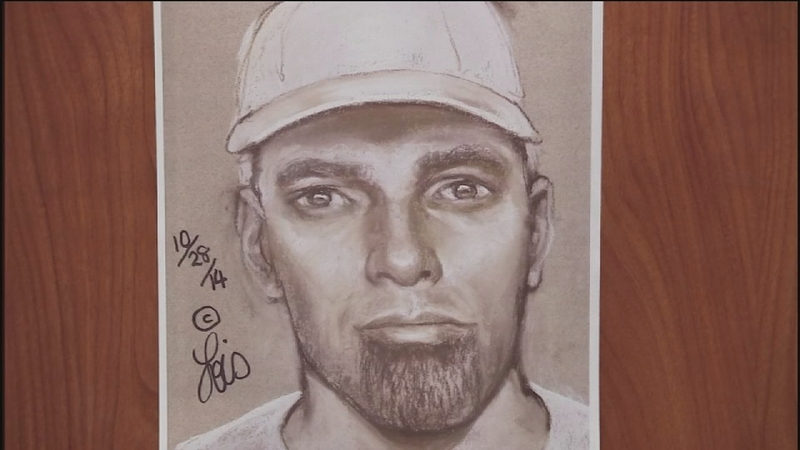 HOUSTON (KTRK) -- Investigators with the HCSO's Special Victims Unit need the public's help in identifying and locating a suspect believed to be responsible for sexually assaulting several women in east Harris County.

The suspect is described as a white man in his 30s or 40s, approximately 5'7" to 5'9" tall, with light colored blue or green eyes, and tattoos on his arms. He's of normal build, wears a goatee, and has been seen driving a white, four-door pickup truck with a silver tool box in the bed of the truck.

Investigators believe the suspect is the same attacker in at least four sexual assaults of women in the last six weeks. All four victims are prostitutes and were picked up by the suspect in the 5th Ward neighborhood, northeast of downtown Houston. They were then driven to Penn City Road in east Harris County where they were physically and sexually assaulted by the suspect.

The first reported case happened on September 17. The victim accepted a ride from the suspect in the 5th Ward area and was driven to 2700 block of Penn City Road where the suspect pulled out a large knife or machete, threatened to kill her if she didn't comply with his sexual demands, then sexually assaulted her.

During the October 13 incident, the victim was able to escape from the suspect and run to a guard shack near the 3100 block of Penn City Road where she asked for help. However, the victim in that case fled before police arrived.

Anyone with information about the suspect's identity and/or location is asked to call Crime Stoppers at 713-222-TIPS.

Crime Stoppers will pay up to $5,000 for any information that leads to the filing of felony charges or arrest of wanted fugitives. All tipsters remain anonymous.
Related topics:
houstonfifth ward / frenchtownsex assaultprostitution
Copyright © 2021 KTRK-TV. All Rights Reserved.
More Videos
From CNN Newsource affiliates
TOP STORIES