According to the Chambers County Sheriff's Office, six children -- four girls and two boys -- were riding the ATV around 4pm Thursday in the 13000 block of Hatchervill Road and it flipped over. Two children were pinned under the vehicle.

A five-year-old boy named Sam died at the scene, and his seven-year-old sister, Mercy, was airlifted to Memorial Hermann Hospital in critical condition. She was supposed to have surgery but she didn't make it.

Another two girls, one nine and the other 16, were transported to a hospital by ambulance. Both are in stable condition.

The remaining two children were not injured.

Authorities say the children's parents, one of whom is a Marine, were in North Carolina taking care of some business before they relocate to another military base.

"Tragic, and they were all children, so how does a child deal with this kind of an issue? I don't even want to guess at the issues that they all have to face," Chambers County Sheriff Brian Hawthorne said. 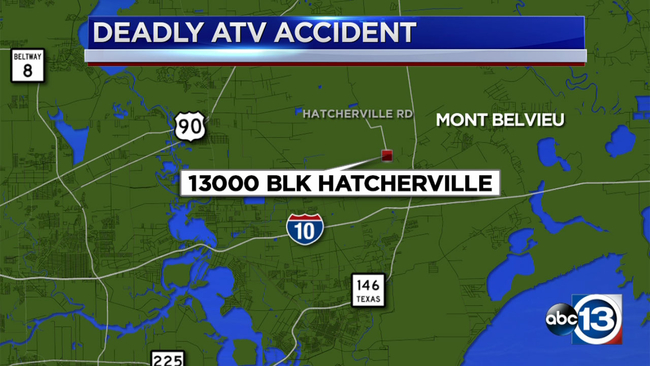