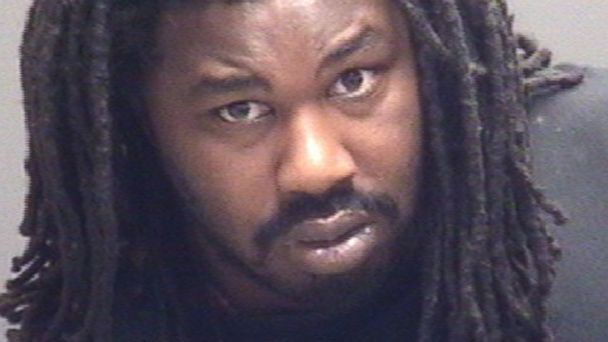 Jesse Matthew, the suspect in the abduction of University of Virginia student Hannah Graham, waived extradition today in a Texas court today while police in Charlottesville said the investigation was not over because they are still urgently looking for the missing teenager.

"This is a complicated investigation, first and foremost, because we don't know where Hannah Graham is and we have to find her," Charlottesville Police Chief Timothy Longo said at a press conference this afternoon.

Detectives from Charlottesville arrived in Galveston, Texas, today where Matthew was jailed following his arrest Wednesday on a nearby beach. Matthew waived his right to fight the extradition meaning that he will be taken back by Virginia law enforcement. He will not be questioned until that time because he has retained an attorney, Longo said.

Longo urged realtors to check empty properties, landowners to check their lots, and Matthew's friends to call in with information about him and his favorite activities.

Longo said how one person who knew Matthew "mentioned Jesse liked to fish. Well where did he go fishing? Was there a particular farm, a particular location... that he felt comfortable with?"

The chief also said discounted a suggestion that Graham and Matthew knew each other before the night she vanished. "We have no reason to believe that to be the case," Longo said.

"This is a very difficult time for (Graham's parents), that goes without saying, but they're strong people," Longo said.

"Everyone realizes the more time goes by, the more difficult this is going to be for everyone. I can't lose hope until I have to, until I need to," he said.

Matthew, 32, is charged with abduction with intent to defile in connection with the disappearance of Graham nearly two weeks ago. Matthew made two court appearances in Galveston today, looking at times confused in front of the judge, after being arrested at a nearby beach on Wednesday. No plea was entered.

This afternoon he appeared before Galveston County Judge Mark Henry via video and was wearing dark green jail clothes and was handcuffed. Matthew complained that the jail had taken away his clothing.

When the magistrate finished his explanation, Matthew asked, "And if I sign it?"=

Matthew eventually said he did not want a court appointed attorney.

He asked if he could post bond to get out of jail, but that was denied at the request of the state of Virginia.

Galveston jail records show he was charged with "failure to identify fugitive intent to give false information" and had been denied bond because of a federal hold.

Galveston County Sheriff Henry Trochesset said this evening that he believed Matthew had been the area for a day or two but would not reveal any further details about the ongoing investigation.

Matthew, who is 6-foot-2 and weighs 270 pounds, was charged earlier this week in connection with the disappearance of Graham, a UVA sophomore who vanished nearly two weeks ago. Matthew, who police said was the last person seen with Graham on surveillance video, was charged with abduction with intent to defile.

The suspect had not been seen since he left a Charlottesville, Va., police station Saturday and sped away so fast that officers who had been openly following him had to break off and let him go.

The surveillance video from a convenience store in Galveston showed Matthew buying Off!, said the store's owner, Dave Paresh.

"He asked me the question if it's safe to stay on the beach, so I told him yeah, it's good there," Paresh, told ABC News station KTRK in Houston.

While the search for Matthew has ended, police are still looking for Graham, and the reward for information that leads police to Graham has been increased to $100,000.