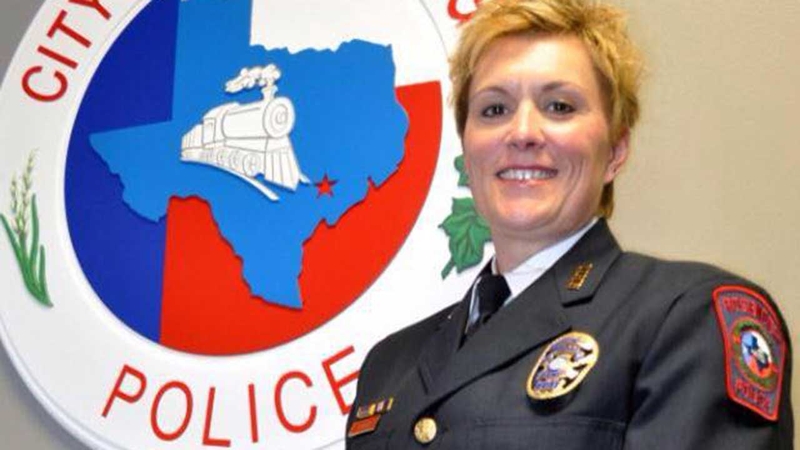 Tracie Dunn is accused of misdemeanor official oppression. The indictment comes after months of investigation.

In May, Jessica Linda Lopez, 35, was arrested. She was accused of public intoxication, possession of drugs and resisting arrest. Her indictment even indicated she was "...kicking and pulling..." to get away from officers.

According to court documents, Lopez pleaded no contest to the possession charge and spent 13 days in jail.

This indictment of Asst. Chief Dunn now alleges that Dunn kicked Lopez during her arrest at least once. Sources say Lopez was handcuffed at the time. That happened, allegedly, as police were bringing Lopez in to the police department.

The incident was caught on police surveillance camera. Months ago, Eyewitness News requested that video but police refused that request and sought an opinion of the attorney general, who then stated that it was not subject to release because of an ongoing criminal investigation.

Rosenberg's Police Chief Dallis Warren would not comment. The department only issued a release, saying Asst. Chief Dunn has been placed on administrative leave with pay.

Dunn spoke to us briefly by phone, though she refused comment about the indictment. A representative at her attorney's office says they are "stunned" by the charge.