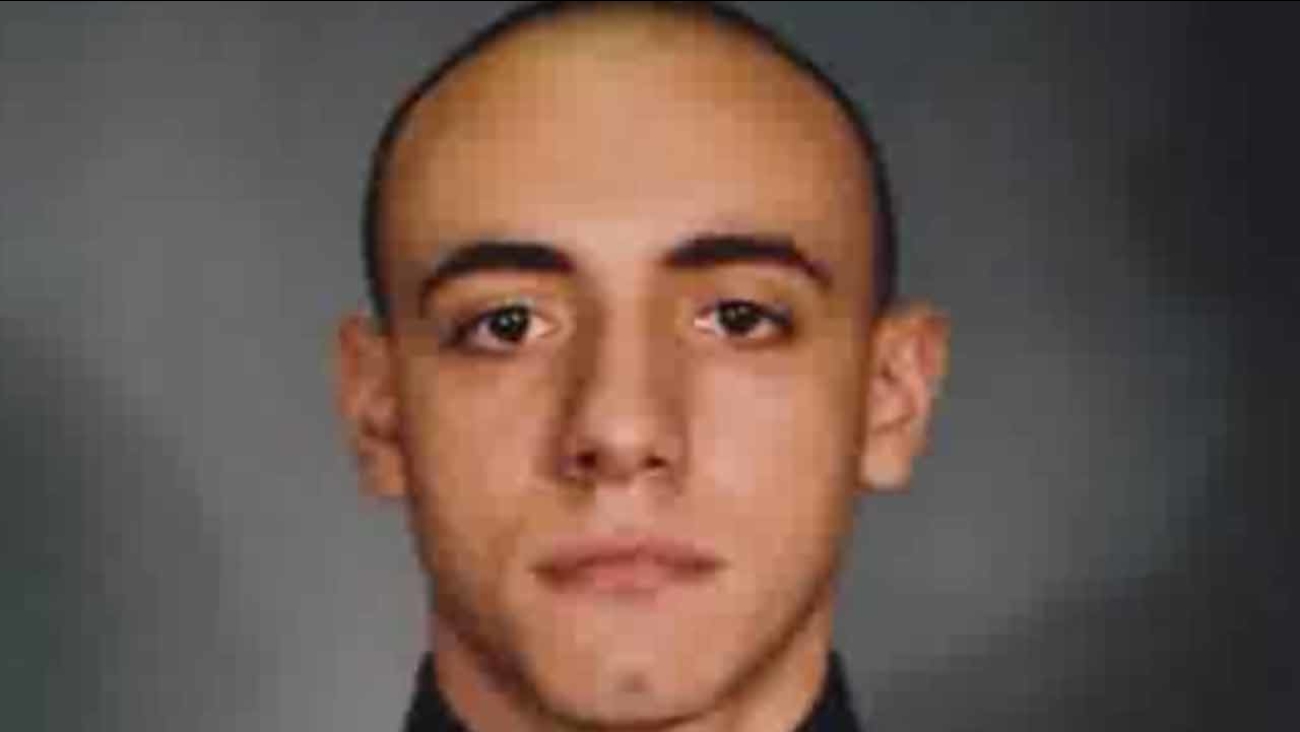 Officer Melvin Santiago was shot and killed while responding to a store robbery on Sunday in New Jersey.

JERSEY CITY, NJ -- A rookie police officer responding to an armed robbery call at a 24-hour drugstore was fatally shot early Sunday by a suspect who had snatched a gun from an armed security guard inside, officials said.

Jersey City Officer Melvin Santiago, 23, was shot in the head while still in his police vehicle as he and his partner responded to a call at a Walgreens at about 4.a.m., Mayor Steven Fulop said. He was pronounced dead at a hospital.

"Today was a horrible day for Jersey City," Fulop said.

Officers responding to the robbery call shot and killed the man who fired at Santiago, Fulop said. The suspect's identity wasn't immediately released.

Dozens of officers stood single file at the entrance of the hospital and saluted as Santiago's flag-draped body was carried into an ambulance. A handful of younger officers consoled one another as they walked away. Santiago graduated from the police academy in December, according to a spokeswoman for Fulop.

Santiago is the first Jersey City officer killed in the line of duty since Detective Marc DiNardo died in July 2009 during a raid on an apartment while searching for suspects in a robbery.

The mayor says an armed security guard at the store told authorities that the man struck him and took his weapon. Fulop says police believe that weapon was used in the shooting. The guard was taken to a hospital.

"It is a tragic situation when any officer is killed in the line of duty," Fulop said. "Melvin was an officer who represented everything one would want to see in a police officer. I know the entire city's thoughts and prayers are with the Santiago family during this difficult time and we mourn together."

Jean Belviso, who has been delivering newspapers for 10 years, was driving through the Walgreens parking lot when she said saw a man wearing burgundy sweatpants and a baseball cap walk out of the store. A police cruiser pulled up in front of Walgreens, and the suspect began shooting, the 61-year-old Belviso said.

"We thought he was running, coming toward us," said Belviso, who was riding along with a friend. "He kept on shooting."

Bullets flew through the cruiser's windshield, and other police cars appeared on scene, and officers fired at the suspect, Belviso said. The suspect was shot multiple times, and officers slapped handcuffs on him, she said.

The suspect's body remained on the ground next to the bullet-riddled cruiser for more than five hours after the shooting before it was placed in a coroner's van and taken away.

Markeisha Marshall, a spokeswoman for Walgreens, said the company was "deeply regretful" over the officer's death and extended its sympathies to his family and friends.

Driver speeds away after hitting 9-year-old girl on bicycle