KTRK
By Ted Oberg
HOUSTON (KTRK) -- Pledging changes in the culture of the jail and greater transparency in the department, Precinct 4 Constable Ron Hickman was chosen Tuesday by Commissioners Court to take over as Harris County Sheriff.

Hickman, a 44-year veteran in law enforcement, replaces Adrian Garcia, who announced his resignation as Sheriff last week to run for mayor of Houston.

"The inmates, they're there to be detained while courts decide their ultimate fate," Hickman said after his swearing in. "I think we can do a little better job on how we treat people. We're going to be looking very strongly at what the culture is like."

Over the past eight months, Garcia's tenure as sheriff has been marked by controversies in the jail, including a story broken in September by ABC-13 about mentally ill inmate Terry Goodwin, who was left in his cell for weeks living amid heaps of trash, swarms of bugs, and piles of his own feces.

That case led to two indictments of jail detention officers tampering with a government document, a handful of dismissals and the suspension of two-dozen jailers. Garcia has long maintained he had no knowledge the inmate was found in those conditions until ABC-13 began its investigation.

"That's going to be a big job, make no mistake about that," Hickman. "The challenges that lay ahead to really identify where problem areas like that exist, and whether that's a one-off or a commonplace activity, we'll be looking at all of that." 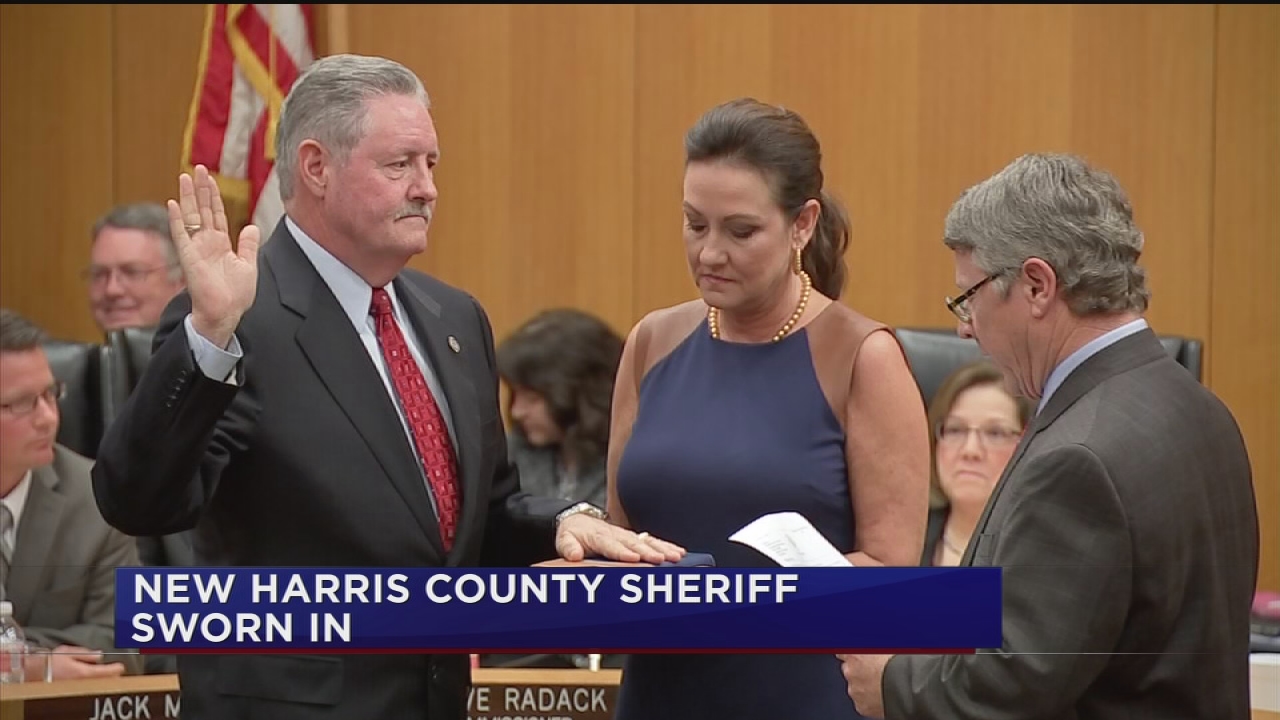 Ron Hickman sworn in as new Harris County Sheriff
Long-time Harris County Precinct 4 Constable Ron Hickman takes over the post recently vacated by Adrian Garcia, as Garcia begins his campaign for Houston mayor
Hickman also said that he will immediately launch an audit of the Sheriff's operations to see where changes need to be made.

One immediate change: A $1,000-per-day jail consulting firm hired by Garcia in a no-bid contract criticized as too pricey and for showcasing few results will likely be shown the door.

"I think there's so much controversy associated with that," Hickman said. "It's doubtful I'd want to pick up and continue that level of controversy."

Hickman said that he wanted to use technology to build better communication with law enforcement throughout the region.

"We need to build a greater bond with the city of Houston as a regional partner, Pasadena, Fort Bend County and increase our data-sharing initiatives," he said. "Criminals don't respect jurisdictional boundaries."

Garcia, speaking at Commissioners Court before Hickman was selected, praised the staff of the sheriff's department and promised to help with the transition.

"I want to afford whoever you select the courtesy and respect that they would be owed in helping them have a smooth transition," Garcia said.

Hickman began his law enforcement career with the Houston Police Department in 1971, including stints in the HPD bomb squad and in its planning and research division. He joined Precinct 4 Constable's Office in 1983. He also spent time teaching information technology at Sam Houston State University.

Hickman was elected as Constable of Precinct 4 in 2000.

The choice of Hickman was widely lauded Tuesday. He got high marks, for example, from County Judge Ed Emmett.

"I've known him for a long time," Emmett said. "He's seen as a national leader."

Still, Hickman did have critics -- members of the family of Precinct 4 Deputy Frank 'Scott' Claborn, who was killed by a drunk driver in 2004.

Claborn's sister-in-law, Angie Hill, told Commissioners Court that she did not want Hickman as sheriff.

"Ron Hickman wrote a letter on county letterhead to the parole board requesting Scott's killer to be released early," Hill said. "I beg you not to support a man that refused to support a fallen officer and his family."

Hickman said later he had helped the family.

"I have a three-ring binder full of stuff I've done for the Claborn family," he told reporters after his swearing in. "The Claborns took a special issue with me writing the one letter expressing my opinion and ignored the work I did to get him declared a line-of-duty death."

At the time of the accident, Claborn was driving in a patrol car, but he was off duty providing traffic control at a construction site along the toll road.

Claborn was following a construction vehicle when a drunk driver struck his patrol car. Normally, a law enforcement officer killed off-duty would not be provided the death benefits on on-duty officer would in a 'line-of-duty' death, according to Hickman and Emmett.

"His was a very special circumstance," Hickman said. 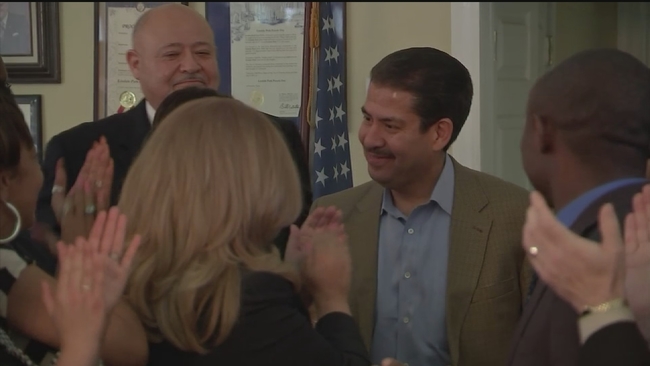 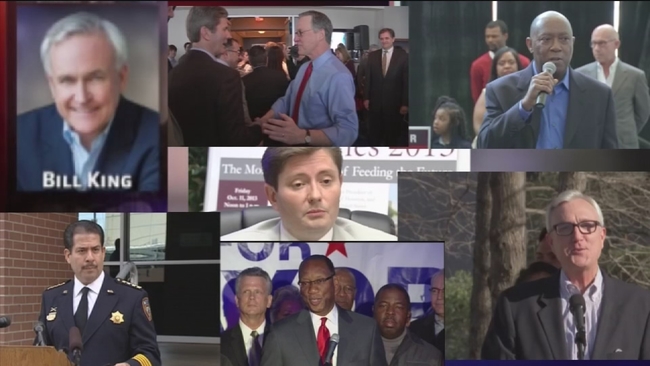