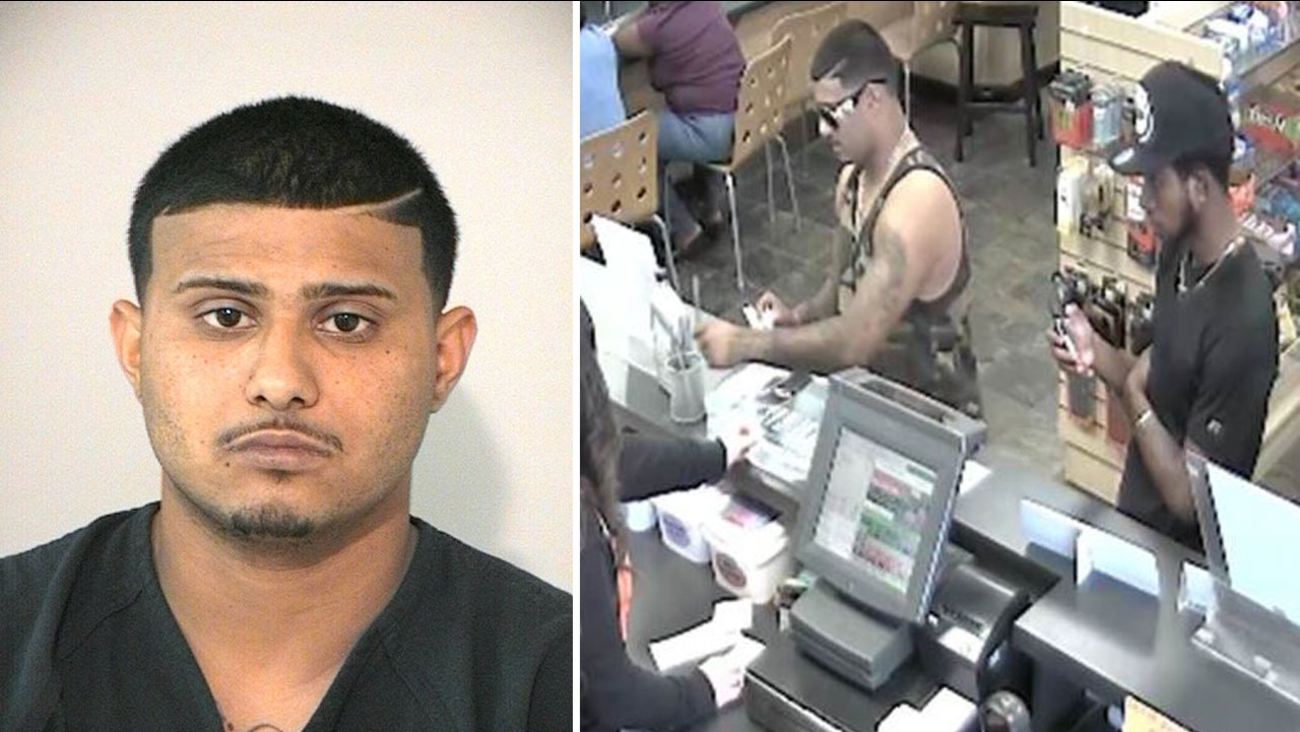 HOUSTON (KTRK) -- Authorities need your help catching one of the robbers who put a rifle into the mouth of a man placing an order at a McDonald's drive-thru in Fort Bend County.

The robbery happened around 4am Sunday at a McDonald's in the 9300 block of Highway 6.

Authorities identified and captured one of the suspects, 20-year-old Sidney Rachal, the same day.

The second one, who's been identified only as Fabian or Fabo, is still on the run. He's about 20 to 25 years old and was described as black, about 5 feet, 11 inches tall and about 160 pounds. He has a thin beard that goes straight to the jaw lines and across the bottom of his chin.

At the time of the robbery, authorities say Fabo was wearing a black baseball cap with a white insignia on the front and tight black stretch pants with black sneakers. He had on a black T-shirt and was wearing a chain necklace and a metal bracelet on his left arm.

Both men face robbery charges. Rachal bonded out of the Fort Bend County Jail after posting a $25,000 bond.