Will Club Nomadic become a permanent fixture? Residents hope to see it leave after Super Bowl 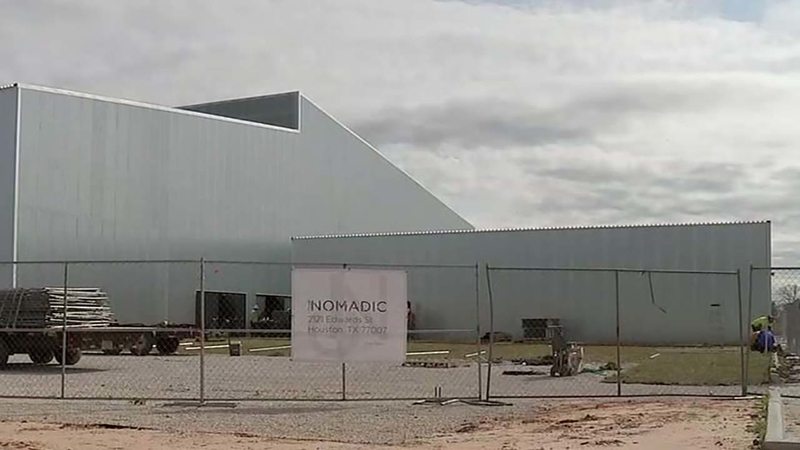 Residents have concern over Club Nomadic

HOUSTON (KTRK) -- When Mandy McGowen walks her dog outside her First Ward-area home, she can see the large Club Nomadic -- a silvery box rising at the edge of her neighborhood.

"It's such a large building being built, it's kind of hard to think of it being torn down, moved and stored somewhere," she said.

McGowen is the president of the First Ward Civic Council. She and other neighbors only heard about Club Nomadic after it made a splashy debut in Houston. The club is billed as the ultimate nightclub experience during the Super Bowl.

Neighbors were told it would be a temporary structure. Over three nights, up to 9,000 people at a time can party and dance to the music of Taylor Swift and Bruno Mars. But, what happens after the concerts are over and the Super Bowl tourists leave town?

"For a short term, we welcome the fun and the people coming into the neighborhood. For long term, it would be another nightmare," said Kathy Vosser, a nearby resident worried that the nightclub would end up planting permanent roots.

Mayor Sylvester Turner says he's been assured the club won't stay, that it will be true to its namesake.

"They came to the city, representing it would be temporary in nature, and that's once the Super Bowl is over, they were going to dismantle it put it on trucks and move it to the next location," said Turner. "We're going to hold them to the representation that they made."

He added that he already had "one White Oak too many," referring to the ongoing dispute between live music venue White Oak Music Hall with its own neighbors.

Eyewitness News reached out to the company that owns the land, Lovett Commercial. In its case, the Liu family gave itself some wiggle room.

"We're sure it's not going to be a music venue, but we're not sure if it's going to be converted to future use," said Frank Liu Jr., whose family owns Lovett Commercial.

Liu added that he is certain there will be no permanent concert space where Club Nomadic is right now. However, he did not rule out potential other projects, similar to the art galleries and small businesses that occupy Sawyer Yards, which is also owned by the company.

That unknown factor is why neighbors remain skeptical.

"There's no parking, no sound proofing, we won't know a lot of the problems until they've had a few concerts," said Vosser.

For now, she and other neighbors plan to welcome the Super Bowl festivities with an open mind.

A community meeting about the club and other projects in the neighborhood is scheduled for Thursday night.
Related topics:
houstonconcertsuper bowl 51noise complaint
Copyright © 2021 KTRK-TV. All Rights Reserved.
More Videos
From CNN Newsource affiliates
TOP STORIES