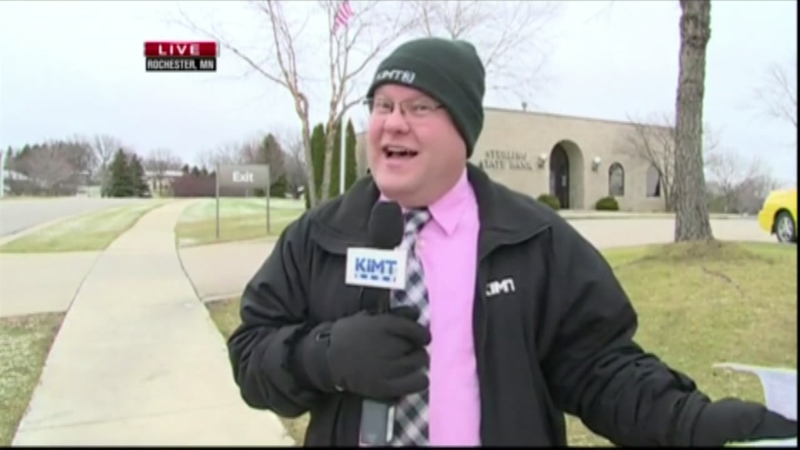 ROCHESTER, MN (KTRK) -- A reporter in Rochester, Minnesota, became a big part of the story Tuesday when a bank robbery suspect ran straight past him during his live shot.

Reporter Adam Sallet was reporting live on a suspected Sterling State Bank robbery. Just as he began his live shot on the scene, he was stopped by a bank employee running out of the building. The employee then pointed off-screen and told Sallet the bank robber just ran by -- just a few feet away.

Before he left his live shot, Sallet said, "Uh, This is live TV, folks. That's the robber just went by according to the bank employee. So I gotta go here and call 911. I'll talk to you later!"

The reporter did in fact call 911. An hour later, police arrested the suspect.