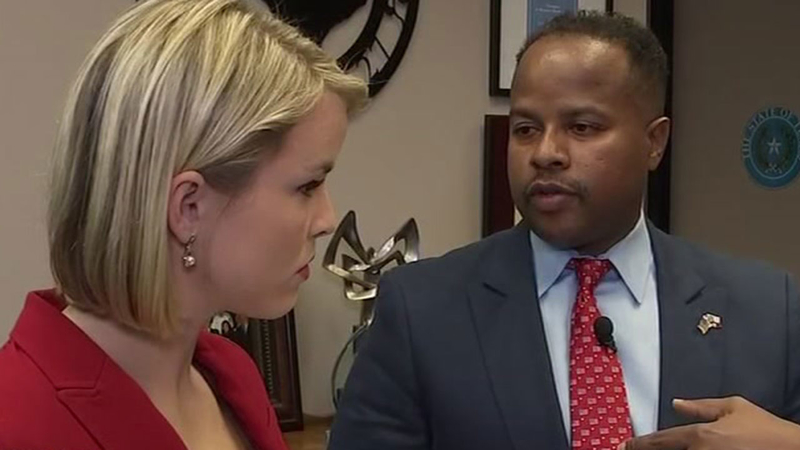 Reynolds spoke exclusively to Eyewitness News Wednesday, saying prosecutors attacked his character because he is an African American democrat.

It has been a long road for Reynolds.

"My daughter...to have to hear about it at school, you know, 'why was your dad arrested? I saw him on the news,'" Reynolds said, "You know, that's so embarrassing."

That's illegal in Texas, and a jury found Reynolds guilty. But Reynolds said Wednesday he was wrongly convicted, that he paid Valdez as a case investigator to fill out paperwork.

"I gave him fifty dollars for every person he actually signed up and brought to my office," Reynolds said.

Reynolds acknowledged Valdez had an incentive to bring him clients but that he was not aware Valdez was doing so illegally.

Reynolds showed Eyewitness News letters from Valdez to the Montgomery County District Attorney's office that appear to show Valdez promising to testify against Reynolds in exchange for personal favors. Reynolds said the judge did not allow him to present these letters to the jury as evidence.

Reynolds was given the maximum sentence for a barratry misdemeanor - one year in jail and a $4,000 dollar fine. Reynolds is appealing the conviction, and a judge granted him a bond of $25,000 dollars pending the appeal. However, Reynolds is not allowed to practice law in the meantime.