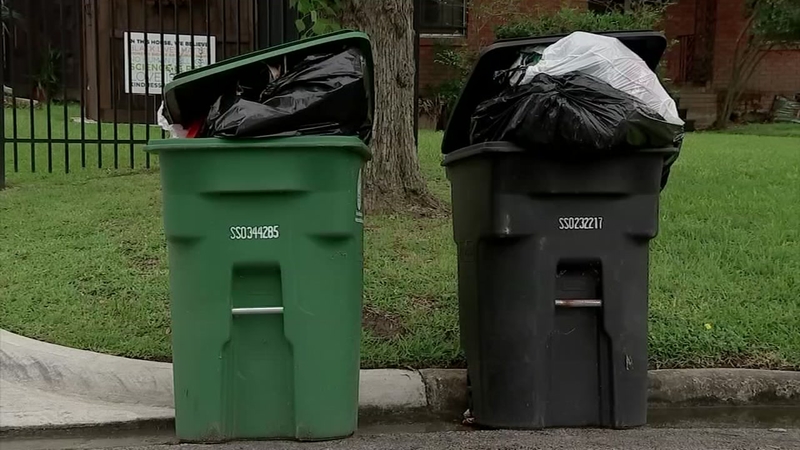 HOUSTON, Texas (KTRK) -- The city of Houston announced a new recycling contract Wednesday, but the proposal comes with questions about the plan. The deal still has to be approved by the full city council.

The 15-year deal is with FCC Environmental, five years longer than what the city initially asked for. It brings glass back to Houston's curbside recycling efforts, but increases costs for recycling over what the city paid just two years ago in its last long-term deal.

FCC will build a brand new recycling processing center near the city's landfill and hire about 100 people.

It was not the cheapest option, according to people familiar with the bids.

City rules suggest it didn't have to to be, but it's definitely more than what the city used to pay just two years ago.

"In the past, the city never paid for recycling," said director of solid waste Harry Hayes.

That was before the recycling market took a hit. Mayor Sylvester Turner calls this deal the best option.

In the proposed contract is a $2.4 million loan for the city to buy eight new garbage trucks. The city needs them, but will pay 11 percent interest on that loan.

Usually, the city pays less than one percent to banks.

It's more than half a million extra dollars in interest. The city says it will actually save money overall.

"If you are looking at any one item in the deal and not looking at the total package, you're going to miss the benefits of the deal as a whole," Turner said.

If approved, the new elements, including curbside glass, wouldn't start until late 2018. The mayor hopes to have the full approval of the council by the end of the month.

In the meantime, we've spent months trying to get answers on the city's last effort at expanding recycling. The mayor and his team didn't like our persistence.

"If you attempt to bully me, you aren't going to get a good response," Turner said. "I am not going to be bullied by you."