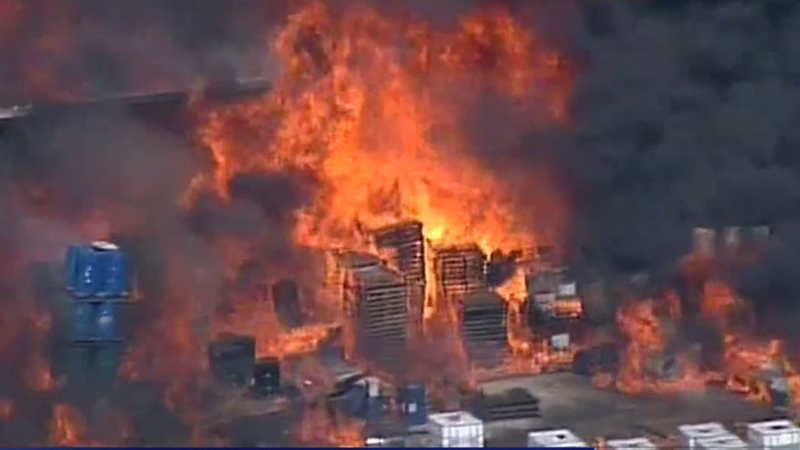 HOUSTON (KTRK) -- More than 150 firefighters put their lives on the line battling the warehouse fire at Custom Packaging & Filling.

It wasn't just flames, it was their exposure to chemicals that put firefighters at risk.

"They're on location. They're all being contaminated," said Captain Ruy Lozano, with the Houston Fire Department.

A week later we still don't know what all of those chemicals are, at least according to HFD and city leaders.

Many of the labels were destroyed in the fire. HFD said the only list of chemicals they know about were the ones a manager remember off the top of his head at the scene.

"Now it wasn't all of them. It was only what he could recall and what he thought was more dangerous," Captain Ruy Lozano.

HFD said it has asked the company for details since but they're not cooperating.

"The owners have not been as forth coming as we would like," said Lozano.

But the owner of the warehouse, Traci Willis, said that's not true.

She declined an on-camera interview but told us the fire department has had a complete list of all the chemicals that were on property since the day of the fire.

We asked for a copy of that list and so far, Custom Packaging and Filling has not provided to us.

After a week without answers, one city council member said that's far too long.

"I'm going to be looking at this and how it played out and how we can get information that we're confident about immediately or as soon as possible, it's too long for the public to expect to wait this long," said City Council member Brenda Stardig.
Related topics:
houstonfirechemical leak
Copyright © 2021 KTRK-TV. All Rights Reserved.
More Videos
From CNN Newsource affiliates
TOP STORIES