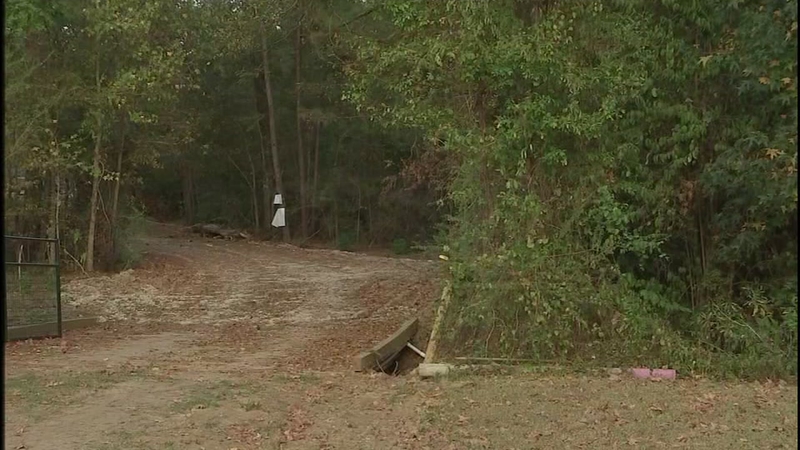 CONROE, TX (KTRK) -- A handful of voters are making billion dollar decisions in Montgomery County in a voting practice that is not illegal, but some neighbors call it ethically questionable.

When Tim Kellerman saw someone installing a mobile home next to his house in Conroe, he asked them what is going on.

"And he told me it was none of my business," Kellerman said.

Based on Montgomery County voting and property records, Friendswood Development Company wants to build a massive subdivision near the Southern Oaks neighborhood. It makes financial sense to create a Municipal District first; that way the developer does not have to pay for infrastructure up front. The future residents will pay it in taxes.

To create a MUD, the developer needs voters. Since no residents live on the land now, someone hired a company called Stingray Services to recruit voters to live in temporary housing in the proposed district, MUD 148.

A newly installed mobile home sits on land at 1713 Southern Oaks Drive. According to voting records, a married couple lives there now. Eyewitness News spoke off camera with the man. He told us he signed a nine-month lease with Stingray Services and pays "cheap rent" of $150 per month. He said Stingray Services helped him change his driver's license to the 1713 Southern Oaks Drive address.

He said he moved there because he works in the Houston area but lives far away. It's convenient for him to have a cheap place to stay closer to his workplace. He plans on moving out after the nine-month lease is up.

The man wished to remain anonymous because he said he has committed no crime that he knows about. He and his wife are the only registered voters in MUD 148. They are the only two people allowed to vote on $500 million worth of bonds for the new housing project.

Permanent Southern Oaks residents are upset they do not have a say in a development they feel will negatively impact their property.

Stingray Services is also assisting another developer, The Stoecker Corporation, in creating MUD 142 on the other side of Conroe. Stingray Services set up another temporary voter residence along Highway 105.

Neither Friendswood Development Company nor The Stoecker Corporation responded to our requests for comment on this story. Stingray Services declined an interview, but emailed us the following statement:

Stingray Services is a business that helps developers create quality communities for thousands of Montgomery County residents. We follow the law in this process. We do this by helping developers legally and ethically follow very complicated Texas voting laws that relate to Municipal Utility District elections. We check voter registration cards and voter identification to ensure the strictest compliance with the law, among our many duties. Our goal is simple-we are hired by developers in new communities to assist them in building quality communities with a strong infrastructure. We are proud to do that and we are proud that Stingray is a female owned business in an entrepreneurial community.