Chanel bag stolen from cancer patient shopping in the Galleria 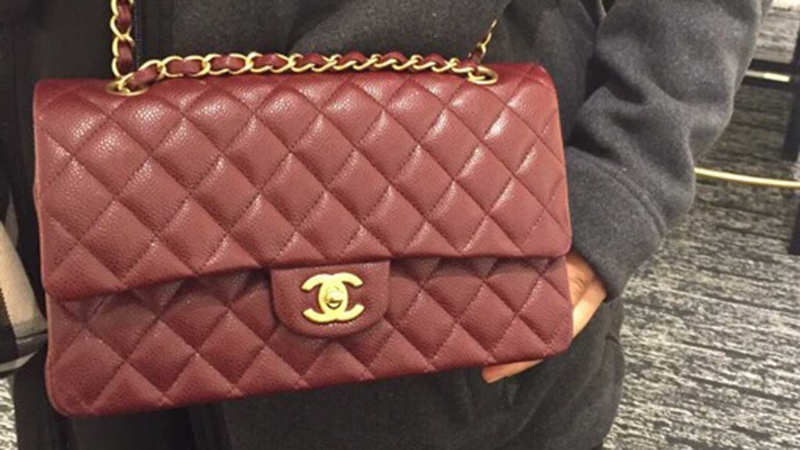 HOUSTON (KTRK) -- It began much like any other shopping trip she's made many times before in her life. The woman, who does want to be identified, went to the Galleria Mall on December 10 with her brother and several other family members. She picked out a $5,300 Chanel bag and an iPhone 6s.

"I buy Chanel and after that, I go down to the back (garage), and my brother was with me," she said.

The woman dropped the bags in her car, then went back toward the mall to find the rest of the family. In mere moments, police say Claudio Palacios-Silva allegedly smashed the car window, taking the bag and the phone.

The woman, who came to Houston only three months ago to receive breast cancer treatment, was unfamiliar with crime problems in the United States.

After calling 911 and making a police report, the case got a break just hours later. The Houston Police Department says an officer working an extra job at the Galleria spotted the suspect. Palacios-Silva was back inside the mall, allegedly casing victims near the Luis Vuitton store. He was arrested, and charged with felony theft.

"During the holidays we have more thieves watching many more people," said HPD officer James Sobota. "What they're doing is there is so much of a gallery of victims and they will actually follow people that buy expensive items and they will steal these items from your car. If you buy any expensive electronics, make sure it's your last stop of the day. Once you buy them don't go to another store."

This afternoon, the Galleria released a statement from its General Manager Greg Noble which said, " Thanks to diligence of our security team and the Houston Police Department, the suspect was apprehended within 24 hours and the matter was resolved."

Police did recover the woman's iPhone, but her purse is still missing.