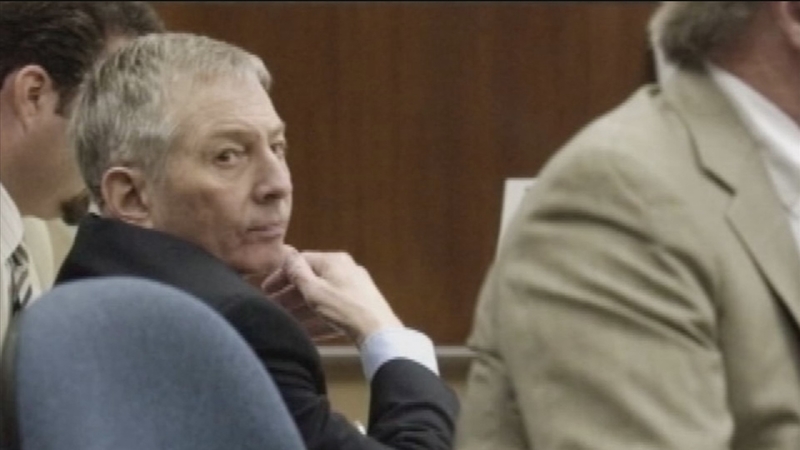 Prosecutors say Durst moved to Galveston in 2000 to avoid questioning from police concerning his wife Kathie's disappearance, and the millionaire real estate heir traded in his tailored blazers and cufflinks for high heels and lipstick.

Durst's new life on the island, according to prosecutors, included laying low as mute woman name Dorothy Ciner, blending right in with the local LGBT community, or was he?

"He would go around the gay bars and hangout and nobody knew what his deal was," says one local woman.

Those in the LGBT community say Durst became known as the ugliest drag queen on the island.

"His wigs were horrible. His face. Oh hunny. He needed help. He needed to shave his eyebrows and paint some lips in. It was like blue eye shadow and some red lipstick and that was it and called it a day," said Claire Schuler, also known as CiCi Ryder.

He's been wowing crowds as a female impersonator in Galveston for over 20 years. He was the one Durst attached himself to, to learn how to be a lady.

"Makeup tips and he used to give me $20 tips," said Schuler.

"I felt bad for the guy. He wanted to know how to make his body look like this. And how to look like that in a dress and what dress to wear. How it conforms to your figure, to your shape. Do you wear hip pads? Butt pads? What do you use for buzums, make everything look real. Because he really wanted to pass as a real woman," added Shuler.

"Nobody, no. No pictures of him. He would not let anyone take pictures. If people would walk up and say, 'Hey Cici let's get a picture,' when he was dressed up as a woman, he would say, 'No no no, no pictures,'" says Schuler.

Schuler paints the picture of a shy, curious businesswoman, and although Durst wasn't the best looking woman, Schuler says all the other "queens" knew Dorothy was the wealthiest among them.

"He had nice clothes. He usually dressed professional. You know, business suits and nice dresses. He had the top of the line," he added.

He lived in a boarding house on Avenue K. It's become a tourist attraction.

"It's pretty creepy and kind of gives you chills when you come by here. My family lives in Dallas, and when they come here, they want to see the Durst house," said Debbie Vassallo.

If the walls could talk. Police say Durst/Dorothy became friends with Morris Black while living at the boarding house. Durst ended up killing Black. In court, Durst claimed self-defense and admitted to shooting Black in the head during a heated struggle and then chopping up his body, putting the remains in trash bags and throwing them in the Galveston Bay. Body parts were later discovered, all except Black's head.

"They never have found it, so it could be buried around here somewhere," added Vassallo.

Prosecutors say Black knew about Durst's secret life as a woman. Schuler says Durst slightly let his guard down for him, allowing the whole mute faade to sometimes fade.

"I do remember him talking to me," she added.

Those who were around the gay scene back then say they remember Dorothy, especially when Durst was arrested in New Orleans on weapons charges. Police believe Durst was once again headed for an undercover life, trying to escape questioning, this time in the murder of his friend Susan Berman. Police found him with a mask, but no wigs or lipstick.

"'Good Lord!' That's what I said, 'Oh my God. This man is not done yet? His career is gonna outlast mine,'" said Schuler.