Prosecutor: No charges for Illinois man who posted photo of himself burning American flag 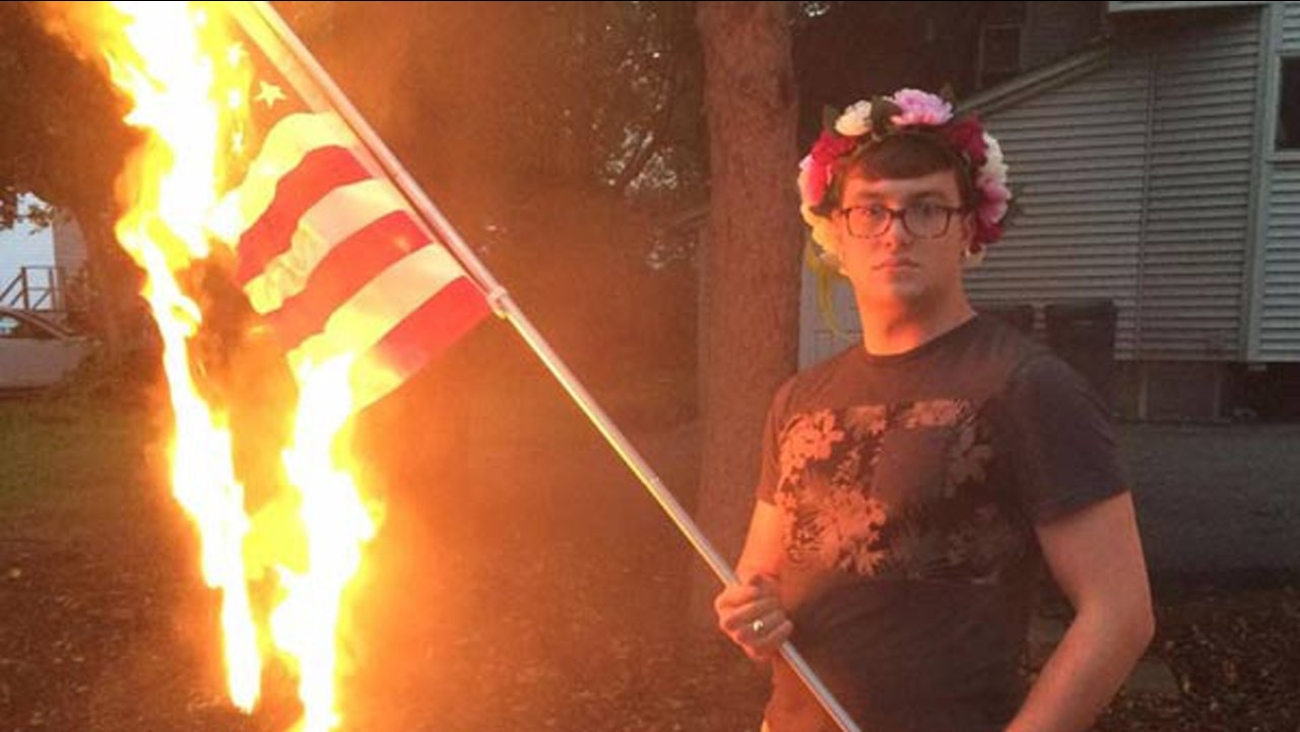 URBANA, IL -- An Illinois prosecutor says she will not file charges against a man whose flag-burning protest led to his arrest on Independence Day.

Champaign County State's Attorney Julia Rietz said in a statement Tuesday that she will not file charges against Bryton Mellott of Urbana because flag burning is "protected free speech."

Pictures posted on Mellott's Facebook page over the weekend showed him holding a burning American flag. He wrote that he's "not proud to be an American." The message also mentions "atrocities" committed against people of color, those in poverty, women and the LGBT community. The message appears to have been removed, but a picture remains.

Urbana police were alerted to the post and say officers noticed commenters threatening Mellott and his employer, Wal-Mart. Police say Mellott was taken into custody out of concern for his safety.