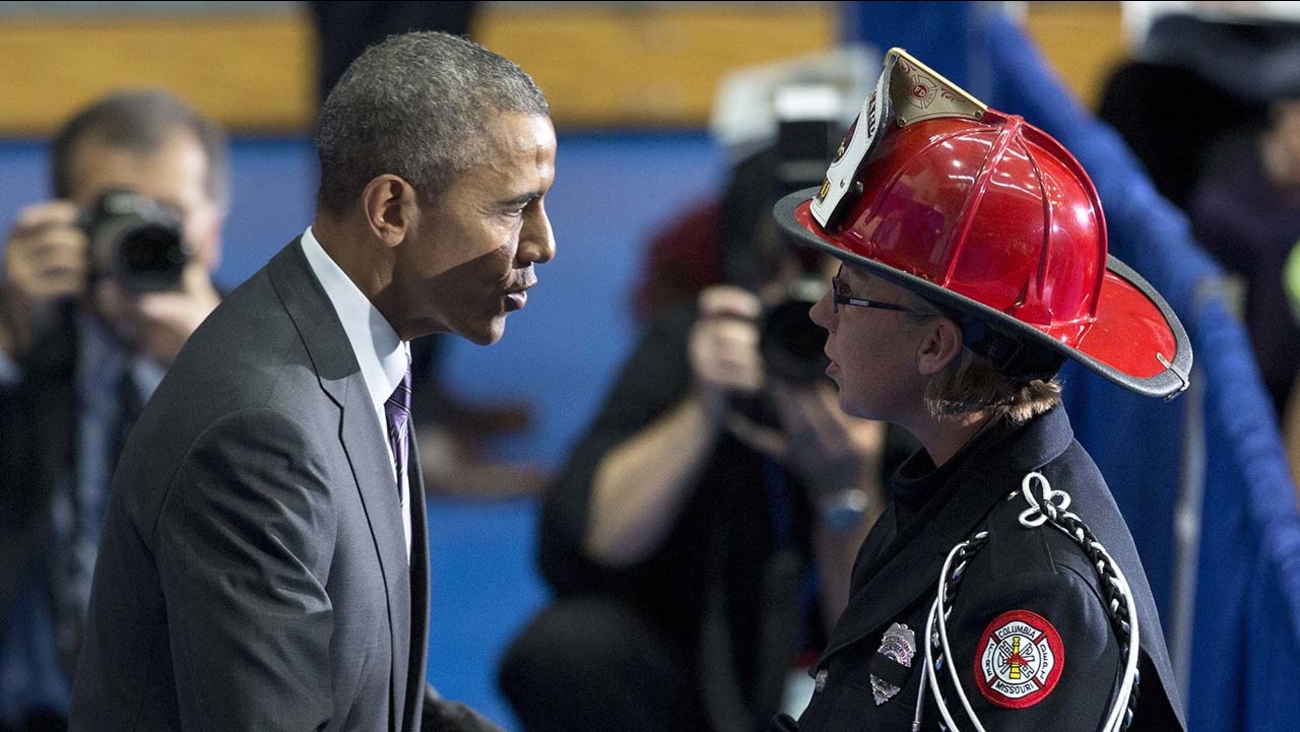 EMMITSBURG, MD (KTRK) -- President Obama today honored 84 firefighters who died in the line of duty, including two from the Houston area and a third from Dallas.

Dallas Fire Captain Scott Tanksley was struck and killed by a passing vehicle at a crash scene.

President Obama paid tribute to those firefighters during the 34th National Fallen Firefighters Memorial service in Maryland. The president told the firefighters' families that their loved ones died as heroes.

Mr. Obama said, "You remember them as moms and dads, siblings and spouses, friends and neighbors. today we remember them and salute them as the heroes that they were."