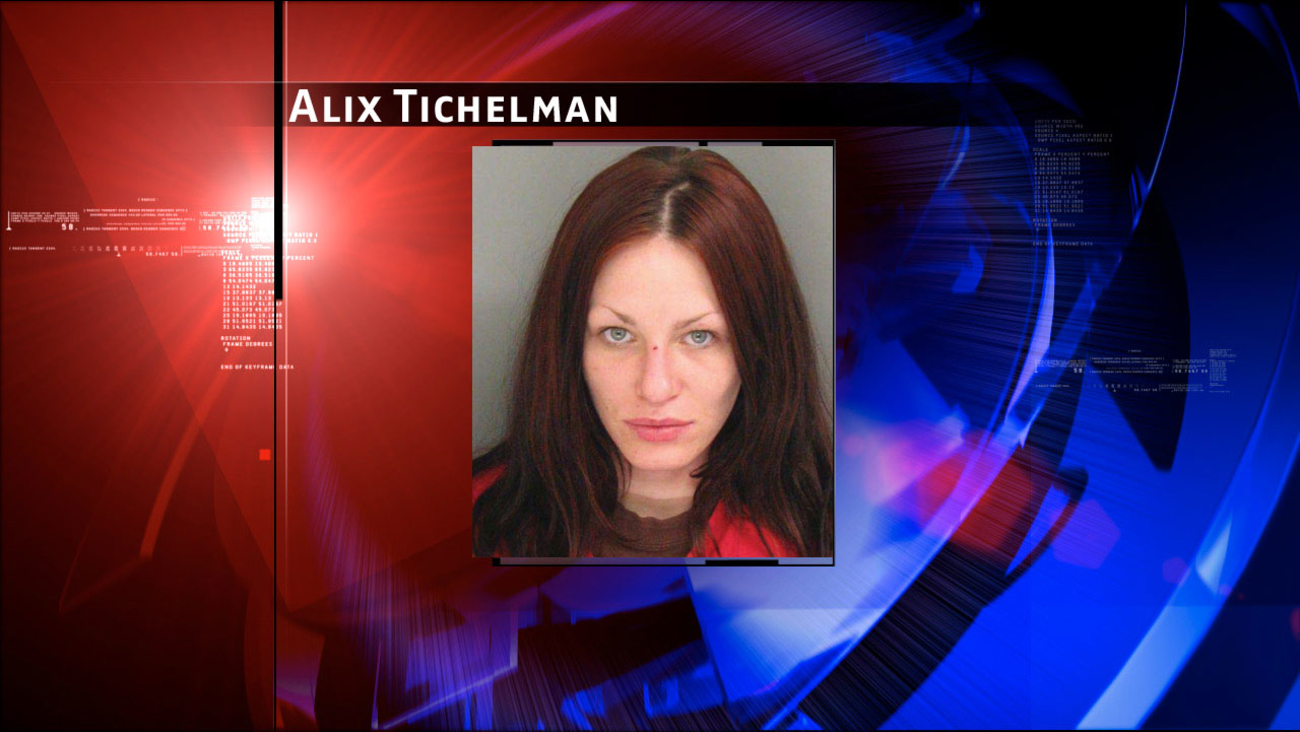 SANTA CRUZ, CA -- - A high-priced prostitute charged in the overdose death of a Google executive aboard a yacht in California had searched online for how to legally defend herself after giving a lethal dose of heroin, police in California said Thursday, as authorities in Georgia reopened a similar case.

Bar owner Dean Riopelle, 53, died of a heroin overdose in September 2013 in Milton, Georgia, about two months before Google executive Forrest Hayes died of an overdose on his yacht. Both had been seeing suspect Alix Tichelman, authorities said.

Milton police Capt. Shawn McCarty said Tichelman, 26, called 911 on Sept. 17 to report that Riopelle, her boyfriend, had overdosed. She told investigators that he had been drinking and using heroin throughout the day, and that she found him on the ground after she got out of a shower.

According to a police report, Tichelman said she tried to revive Riopelle for about five minutes before she called 911. She told police that he had been having a rough time but did not believe he overdosed intentionally.

Tichelman has been described as a high-end prostitute by police in California, where she is charged with manslaughter in Hayes' death.

"Both subjects in these cases died of heroin overdoses so there's just several factors we want to look at to make sure that we didn't miss anything," McCarty said.

Just before Riopelle's death, Tichelman had been arrested on a battery charge after he told police that she bit his hand during an argument.

Riopelle had said that the woman took pills before they went to a bar he owned in Atlanta, where she drank, dove off the stage and exposed her breasts. After they returned to his home, they fought. She scratched his face and threatened to hit herself in the face and tell police he had done it, Riopelle said at the time.

In California, police say surveillance video shows Tichelman casually walking over Hayes as he lay dying on his yacht, picking up clothes and heroin and swallowing the last of a glass of wine before lowering the boat's blinds and walking back on the dock to shore.

Hayes was found dead by the captain of his 50-foot yacht last November. Police said the surveillance video from the yacht shows everything that happened from the time Tichelman came aboard to when she left.

Clark said Hayes, 51, had hired Tichelman before, and that their Nov. 23 encounter was a mutually consensual encounter including the introduction of the heroin.

The video shows Tichelman preparing the heroin to a liquid and injecting it into Hayes' arm, Clark said. Shortly after, Hayes started clutching his chest, near his heart, Clark said. Tichelman tries to prop him up, but he then loses consciousness.

Tichelman then starts picking up her belongings, including the needle, and cleans up a counter while stepping over Hayes several times. During that time, Tichelman calmly drinks a glass of wine and surveys the scene, Clark said.

Tichelman then goes outside the cabin of the boat on the dock, looks back inside, then pulls down a window blind, closes a door and leaves, Clark said.

"Never does she call 911 or call out to others in nearby boats for help. She never tries to administer any aid to him," Clark said about Tichelman. "She is more concerned about getting herself out and concealing evidence than helping Mr. Hayes."

Clark said that investigators learned that Tichelman later did online searches "on how to defend herself after giving a lethal dose of heroin."

Clark said it's not clear if Hayes was a frequent drug user. Clark described Tichelman as a who charged $1,000 and lived in the Sacramento suburb of Folsom.

He said she had other clients from Silicon Valley, home to about 50 billionaires and tens of thousands of millionaires.

Tichelman was arrested on July 4 after police said a detective lured her back to the Santa Cruz area by posing as a potential client at an upscale resort.

Police said Tichelman boasted she had more than 200 clients and met them through a website that purports to connect wealthy men and women with attractive companions. Her clients included other Silicon Valley executives, Clark said.

Tichelman's father has ties to the tech industry. Folsom software firm SynapSense announced hiring her father, Bart Tichelman in 2012. Neither the firm nor her father responded to immediate requests for comment.