Police: Theater gunman was 'drifter' who planned to escape

LAFAYETTE, LA -- The man who killed two people and wounded nine others at a movie theater was so mentally ill and violent that years ago, his wife hid his guns and his family had him hospitalized against his will before obtaining a court order to keep him away.

John Russell Houser, 59, stood up about 20 minutes into the "Trainwreck" movie and fired first at two people sitting in front of him, then aimed his handgun at others. Police said Friday they found 13 shell casings.

"They heard a couple of pops and didn't know what it was," said Randall Mann, whose 21-year-old daughter, Emily, was sitting in the same row as the shooter Thursday night. 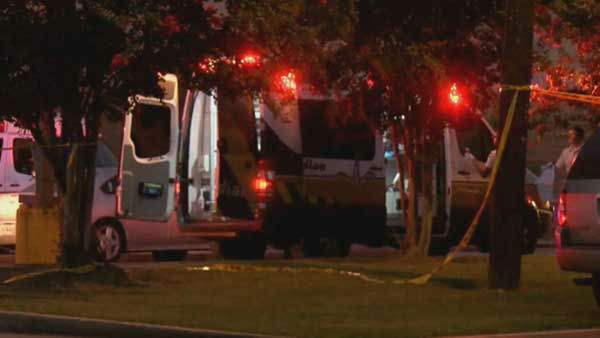 She told her father that she did not hear the shooter say anything before opening fire. "And then they saw the muzzle flashes, and that's when they knew what was going on. She hit the floor immediately."

Mann said his daughter and her friend escaped, uninjured but traumatized.

Police said Houser had one additional magazine of bullets as he tried to escape. Then, when he spotted police officers outside, he turned around and pushed back through the fleeing crowd. The officers tailed him into the theater and heard a single shot before finding him dead inside.

Houser parked his 1995 blue Lincoln Continental by the theater's exit door, and disguises including glasses and wigs were found in a search of his room at a nearby Motel 6, police said. The license plate on the car had also been switched. 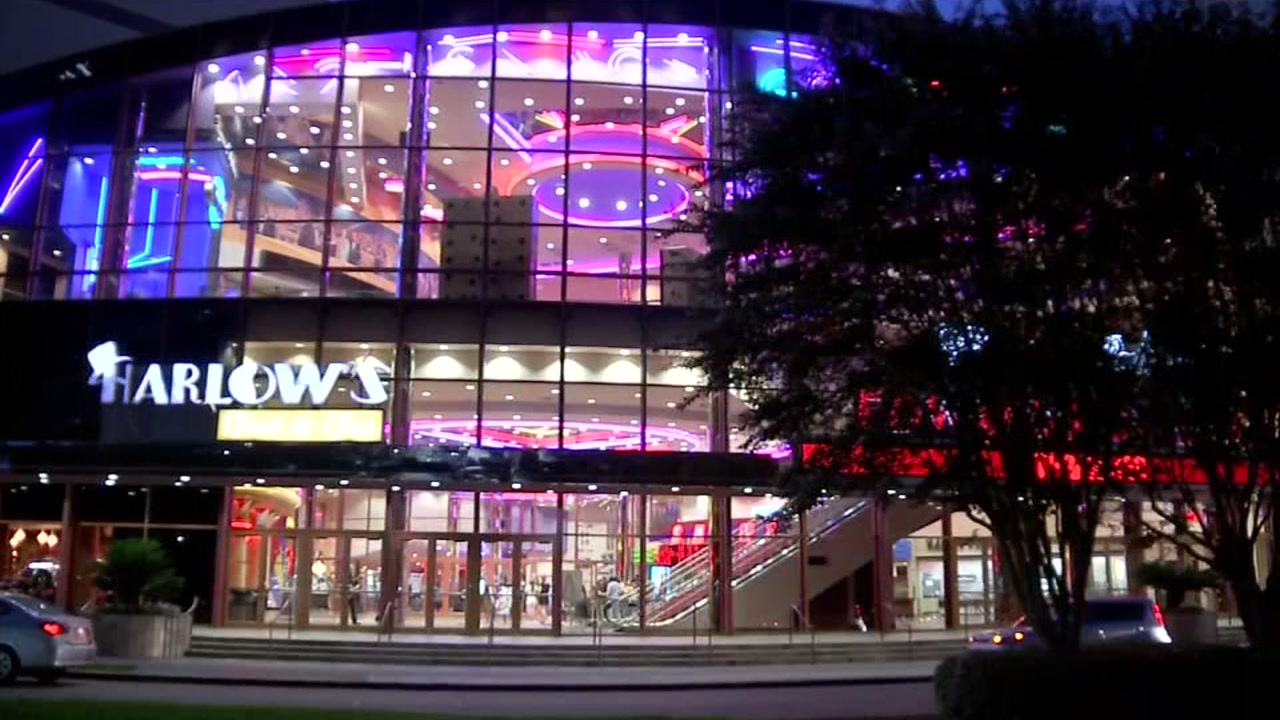 Houstonians react to LA movie theater shooting
The deadly Louisiana shooting didn't stop people from going to the movies on a friday night. But it was definitely on the minds of many moviegoers
"It is apparent that he was intent on shooting and then escaping," Lafayette Police Chief Jim Craft said.

Police were looking at online postings they believed Houser wrote to learn more about him and try to figure out his motive, superintendent Col. Michael D. Edmonson said.

In the 1990s, he frequently appeared on a local television call-in show, advocating violence against people involved in abortions, said Calvin Floyd, who hosted the morning show on WLTZ-TV in Columbus, Georgia.

Houser, who was known by the nickname Rusty, also espoused other radical views, including his opposition to women in the workplace. Floyd described Houser as an "angry man" who made "wild accusations" about all sorts of topics, and said he put him on to counter a Democratic voice because "he could make the phones ring."

Houser owned a bar called Rusty's Buckhead Pub but his liquor license was revoked in 2001 for serving minors. To protest, he put up a banner that had a swastika on it encircled by the words, "Welcome to LaGrange," according to a story in the LaGrange Daily News.

Houser told the newspaper he was "completely against" the Nazi philosophy but chose the symbol because it represented a government's ability to do what it wants.

"The people who used it - the Nazis - they did what they damn well pleased," Houser told the newspaper.

The two fatalities were identified as 21-year-old Mayci Breaux and 33-year-old Jillian Johnson. Breaux was a radiology student at a nearby college. Johnson ran clothing and art boutiques, played in a rootsy rock band and planted fruit trees in her neighborhood for the homeless and her neighbors.

The wounded ranged from their late teens to their late 60s. Two were released from a hospital and three others were in stable condition. The condition of the others wasn't immediately available.

Theatergoers said the gunman sat alone and said nothing before he stood up and opened fire at the 7:10 p.m. showing of "Trainwreck" at the Grand 16 theater.

"We heard a loud pop we thought was a firecracker," Katie Domingue told The Advertiser. "He wasn't saying anything. I didn't hear anybody screaming either."

Domingue said she and her fiance ran for the nearest exit, leaving behind her shoes and purse.

Stories of heroism emerged. A teacher jumped in front of her colleague, taking a bullet for her, and the second teacher pulled a fire alarm to alert other moviegoers, said Gov. Bobby Jindal, who traveled to the scene.

"Her friend literally jumped over her and, by her account, actually saved her life," Jindal said.

Houser studied accounting in Georgia and earned a law degree at Faulkner University in Alabama. There's no record he ever became a lawyer in either state.

Houser "has a history of mental health issues, i.e., manic depression and/or bi-polar disorder," his family said in court documents in 2008, when he made violent threats in an effort to stop his daughter's wedding. A judge granted the family's petition to have him involuntarily committed to a hospital as "a danger to himself and others."

Houser refused to back down after getting out, however, so his wife, daughter and other relatives also obtained a protective order after accusing him of having "perpetrated various acts of family violence."

His daughter, Kirbey Ellen Houser, was engaged to Andrew Michael Broome at the time, and though they were 23 and 26, he felt they were too young to be married. "He has exhibited extreme erratic behavior and has made ominous as well as disturbing statements" that their marriage would not occur, the filing says.

Police weren't sure why Houser ended up in Louisiana years after becoming estranged from family living in Alabama and Georgia. Police said his mother had recently gave him some money because he said he was trying to get his life together.

"It just seems like he was kind of drifting along," Craft said. He had an uncle that once lived in Lafayette, but he died 35 years ago. "We don't know why he decided to stop and stay in Lafayette."

There were about 300 people inside the theater building at the time of the shooting and 25 people in "Trainwreck." Keys, shoes and purses were all left behind.

About a dozen law enforcement personnel descended on the Motel 6 in Lafayette where Houser had been staying. An officer carried out a cardboard box from the room and other officers could be seen knocking on neighboring doors.

State police superintendent Col. Michael D. Edmonson said police believe the gunman did not wage any other attacks Thursday night before opening fire in the theater.

"Trainwreck" star Amy Schumer tweeted: "My heart is broken and all my thoughts and prayers are with everyone in Louisiana." The comedy stars Schumer as a magazine writer who decides to live a life of promiscuity after her father convinces her that monogamy isn't realistic, but in spite of her best efforts, finds herself falling in love with one of her interview subjects.

Jindal, a presidential hopeful, called the shooting "an awful night for Louisiana."

"What we can do now is we can pray," Jindal said. "We can hug these families. We can shower them with love, thoughts and prayers."

President Barack Obama was briefed on Air Force One while on his way to Africa. He asked his team to keep him updated on the investigation and the status of the wounded, and offered his thoughts and prayers to the families of those killed, the White House said.

The Louisiana shooting happened three years after James Holmes entered a crowded movie theater in suburban Denver and opened fire during the premiere of a Batman film, killing 12 people. The jury found Thursday that the death penalty is justified, and is hearing evidence about Holmes' schizophrenia before issuing a sentence.