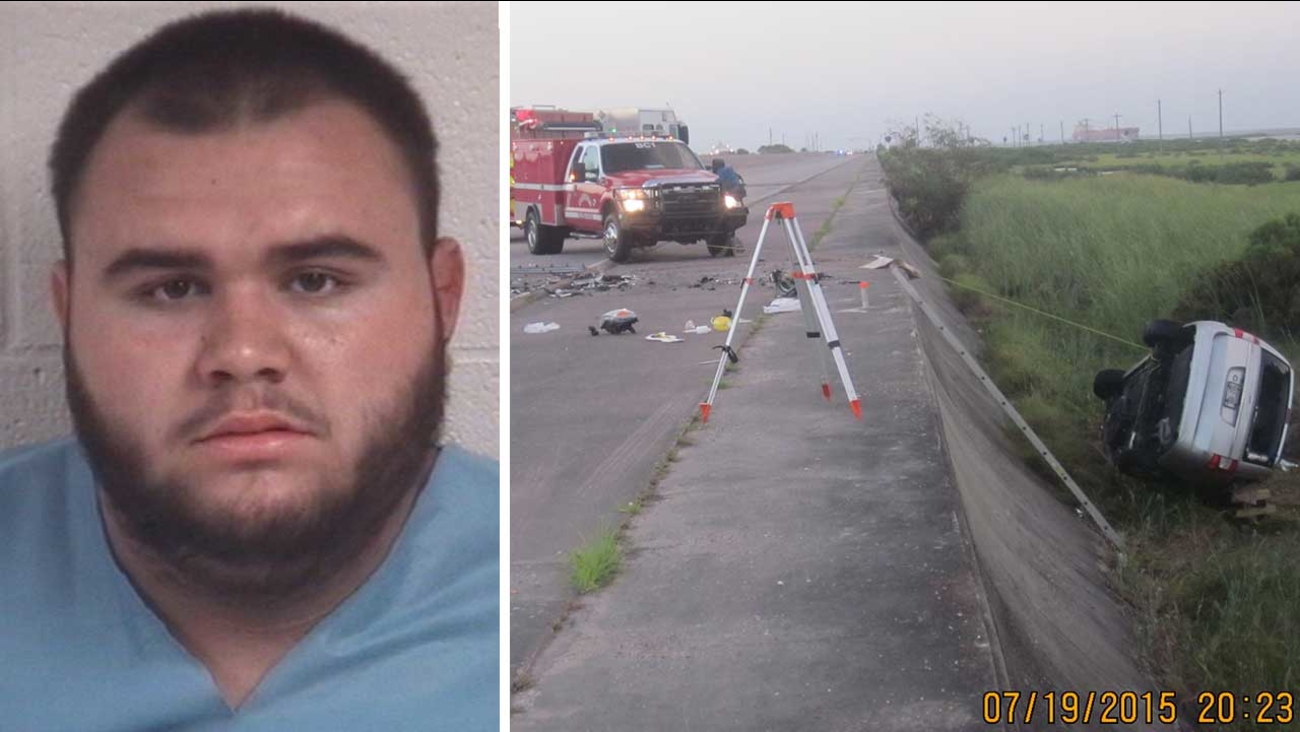 GALVESTON, TX (KTRK) -- A Galveston man is in custody, accused of causing a deadly wreck while possibly racing two other vehicles.

It happened Sunday night at around 6:30pm. According to investigators, Carlos Mendez, 18, was driving a Ford F-150 eastbound on Seawall Blvd. He was reportedly racing two other drivers.

The collision sent the Chrysler off the road. The male driver was extracted from the vehicle and taken to the hospital, where he' s listed in critical condition. The female occupant of the vehicle was pronounced deceased at the scene.

Mendez, who suffered minor injuries, is charged with manslaughter and aggravated assault. Bond is set at $100,000