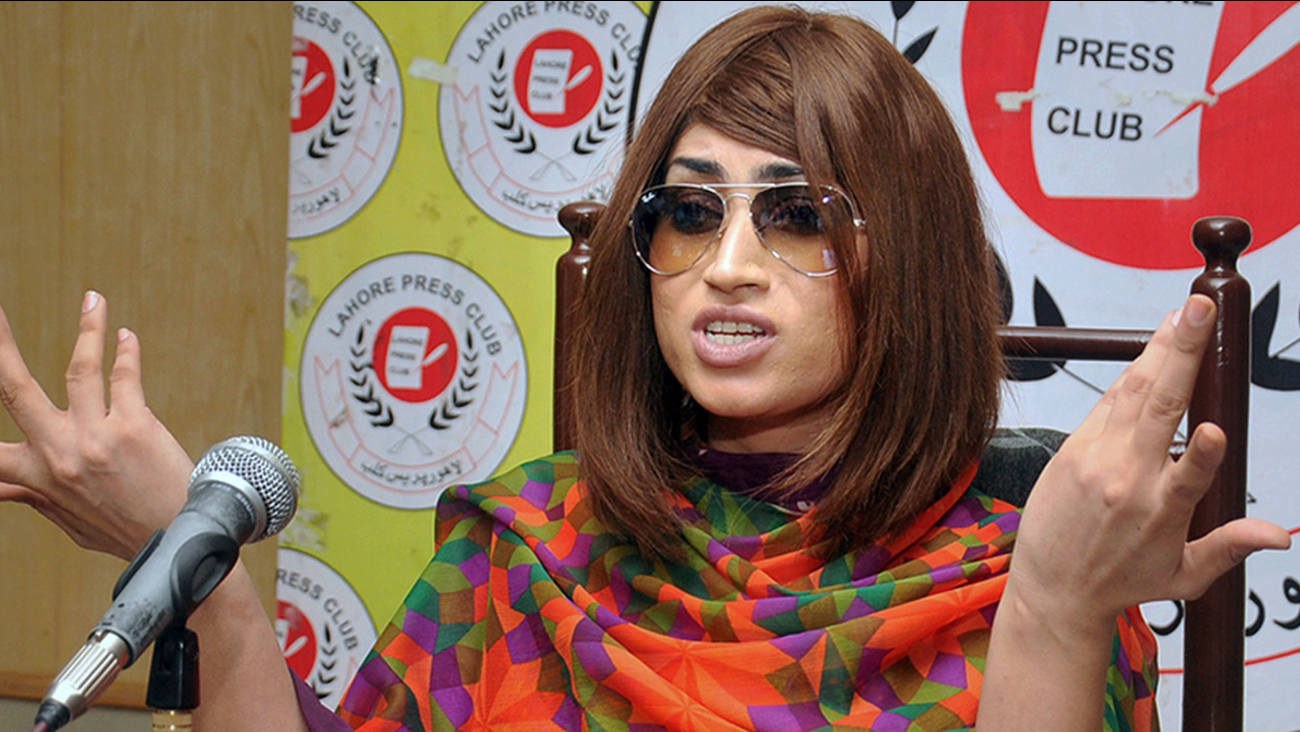 In this picture taken on June 28, 2016, Pakistani fashion model Qandeel Baloch speaks during a press conference in Lahore, Pakistan

ISLAMABAD, Pakistan -- Pakistani fashion model Qandeel Baloch, who recently stirred controversy by posting pictures of herself with a Muslim cleric on social media, was strangled by her brother, police said Saturday.

Her parents told police one of her six brothers strangled her as she slept in the family's home in Multan, police spokeswoman Nabila Ghazanfar told The Associated Press. She said police are searching for the suspect.

Baloch, whose real name was Fauzia Azeem, was little known until recently, when she offended many conservatives by posting pictures of herself with Mufti Qavi, a prominent cleric. She said the two of them enjoyed soft drinks and cigarettes together during the daylight hours in the holy month of Ramadan, when practicing Muslims fast from dawn to dusk.

The pictures and allegations caused a scandal in conservative Pakistan, and the government removed Qavi from the official moon-sighting committee that determines when Ramadan starts and ends in accordance with the Islamic lunar calendar.

Baloch had said Qavi told her he wanted to see her face before the committee met to determine the Eid al-Fitr holiday marking the end of Ramadan, which was observed earlier this month.

Qavi denied the allegations, saying he only met with her to discuss the teachings of Islam.