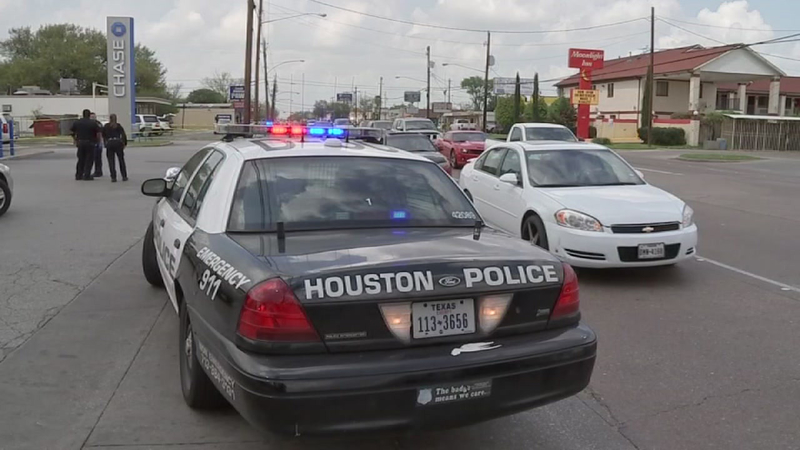 HOUSTON (KTRK) -- A Loomis armored car guard was killed during an attempted robbery at a north Houston cash machine.

According to Houston police, three men were waiting in the parking lot of the Chase bank in the 5200 block of Airline. The guard was servicing the drive-up ATM when he was ambushed and shot. The driver of the Loomis truck remained in the vehicle.

HPD spokeswoman Jodi Silva said the guard fired back at the gunmen, but it's not clear whether he hit anyone. An employee at a neighboring dry cleaners told Eyewitness News she heard seven gunshots.

People nearby tried to help the guard after he was shot. Some performed CPR. His bullet-proof vest and gun clip were left lying next to the ATM after he was taken to the hospital, where he died.

The gunmen took off in a dark 4-door sedan, according to Silva. Investigators are looking through surveillance video for more information. They did not get away with any cash.

The guard's name has not been released. Danny Pack, Senior Vice President of Risk Management for Loomis, said the company was working to accommodate his family. Pack would not say why the driver remained in the vehicle citing "security" concerns about "process, procedures and protocol."

"We have way too many of these in the Houston market," said Pack.