HOUSTON (KTRK) -- Houston police say alleged Satan-worshiping MS-13 gang members kidnapped at least three girls, killing one of them. They are investigating whether a missing Jersey Village teen was the victim who was murdered.

In January, Jersey Village Police took a report about a missing girl named Gemesis Cornejo. Then two weeks ago, 15-year-old girl was found fatally shot in the head and stomach on the side of the road in southwest Houston. The description of the missing girl matched the murdered girl, but police have not confirmed that she was the victim of the 'satanic' killing.
EMBED More News Videos

Miguel Alvarez-Flores, 22, and Diego Hernandez-Rivera, 18, are charged with her murder. During their first court appearance, they smiled and waved at the cameras. 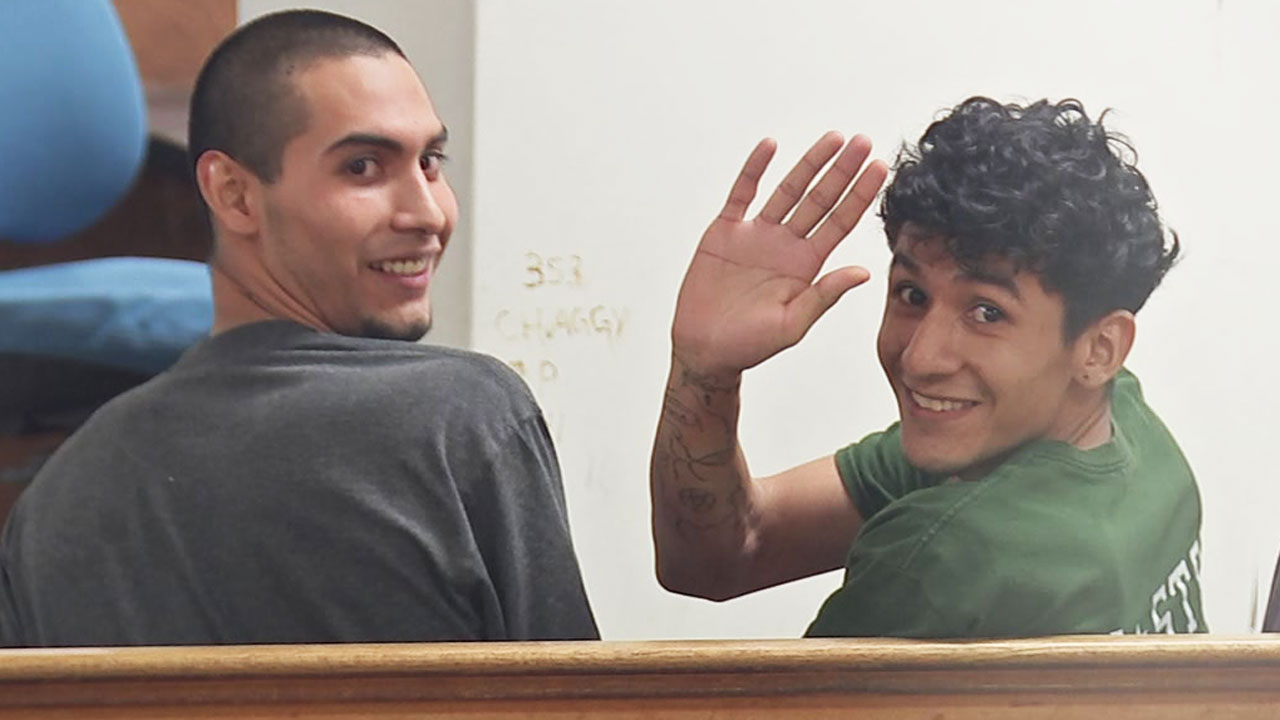 There's no word on the connection between the three girls and the gang members. Investigators would not comment on the circumstances of how the girls were kidnapped and why.

The two girls who survived the kidnapping have been reunited with their families.

According to court records, a 14-year-old girl says she was kidnapped by the two, held against her will in an apartment in S. Gessner near Westheimer and sexually assaulted. She told police Alvarez-Flores, nicknamed "Diabolical," was the leader. Her captors were MS-13 gang members and they worshiped Satan. The teen also told investigators they called Satan the "Beast" and another girl named "Genesis" was also at the apartment. When "Genesis" criticized a shrine dedicated to their satanic beliefs, she said, "Genesis" disappeared.