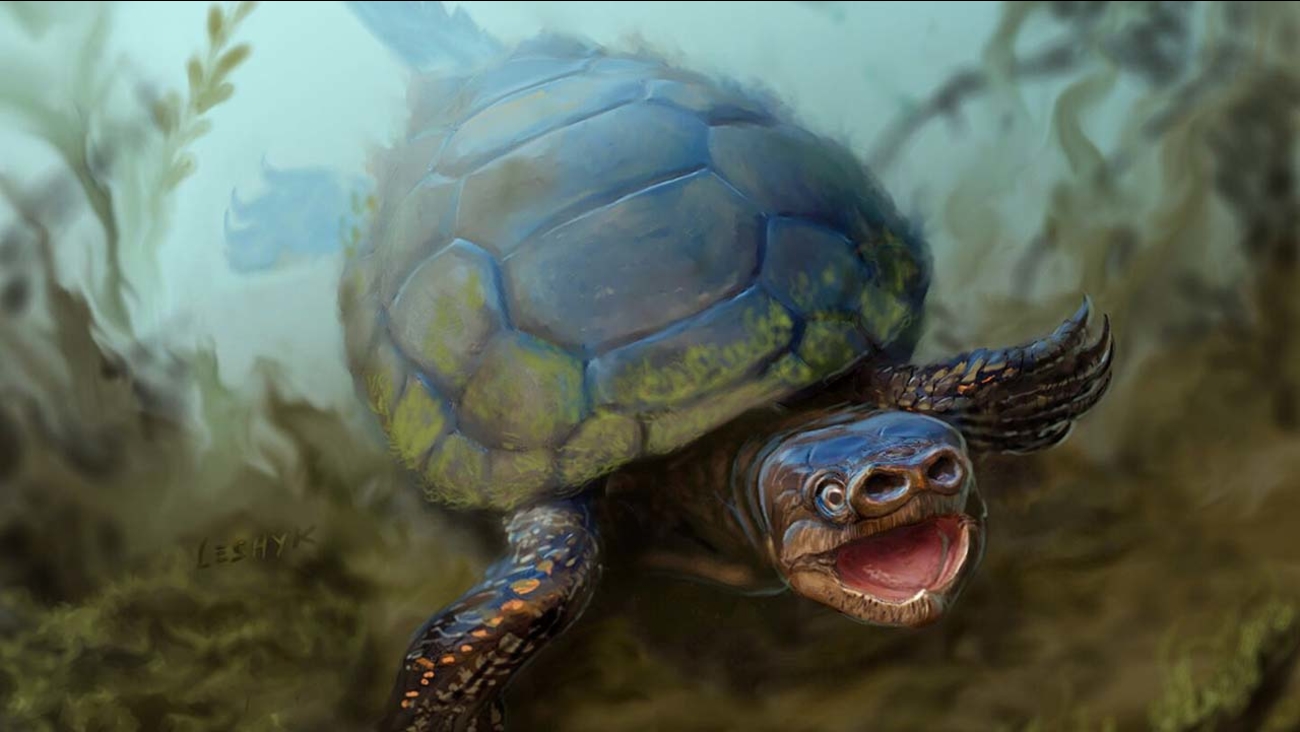 SALT LAKE CITY, UT -- A strange pig-snouted turtle that lived alongside tyrannosaurs and duck-billed dinosaurs has been discovered in Utah.

The University of Utah announced the finding in a news release Wednesday. A team from the Natural History Museum of Utah discovered fossils of strange-looking turtle in the Grand Staircase-Escalante National Monument in southern Utah.

Joshua Lively of the University of Texas at Austin called it one of the weirdest turtles that ever lived. He studied the fossils for his master's thesis.

The 2-feet long turtle lived about 76 million years ago during the Cretaceous Period when southern Utah was a wet, hot climate with rivers and bayous.

Researchers say its pig-like nose with two nostrils makes it unlike any other turtle ever found.

The findings were published in the Journal of Vertebrate Paleontology.