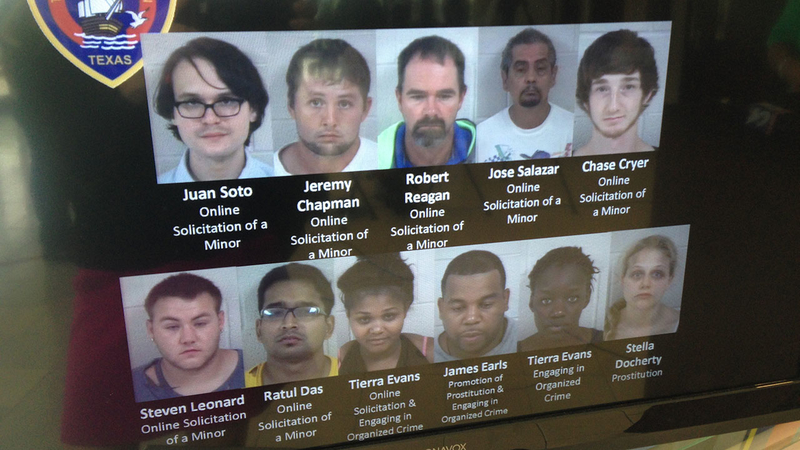 GALVESTON, TX (KTRK) -- Eyewitness News got an inside look at "Operation On the Hook" an investigation by Galveston Police that netted eleven arrests. Police say officers spent 10 to 12 hours a day communicating with men and women allegedly looking for sex with children.

Detective Michelle Sollenberger showed us some of the text communications between law enforcement posing as 13 to 15 year olds.

One text from a suspect says, "Sorry but I'm nervous. Feel like this should be on that show predator or something." "He knew at the time he was doing something that was wrong," says Sollenberger.

Investigators say they would show up at the apartment they were directed to expecting to be greeted by a child. Hidden camera video shows suspects knocking on a door but on the other side four Galveston Officers wait to make the arrest.

Chief Henry Porretto says, "We're not going to tolerate it in our community, don't come here to do something illegal. This is a good city, a family oriented city and we can't tolerate it."

The Chief says none of the men and women are from Galveston. One came from as far as Beaumont.

Police say 11 arrests have been made. Some of the men and women have already posted bond. Eight suspects are charged with online solicitation of a minor, three with prostitution and engaging in organized criminal activity.