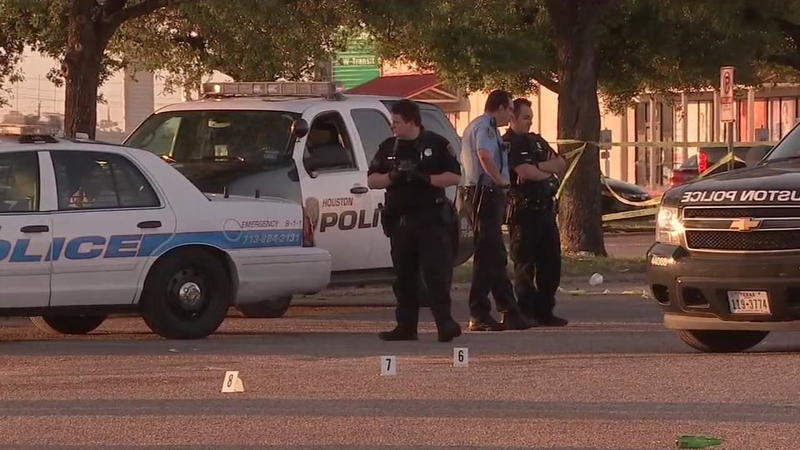 The shooting was reported at 3:05am in the parking lot of the El Chapa nightclub in the 800 block of Northwest Mall at West 18th.

According to police, at least three off-duty deputies were working for the club and were trying to clear the parking lot of partygoers when a pickup truck with three men inside pulled up. One of the men began firing a handgun.

"There is a suspect who begins firing a weapon in an unknown direction," said HPD spokesperson Jodi Silva. "Upon hearing the gunfire, the deputies ran toward the truck. That's when one of the deputies gives the suspects commands to drop his gun. And with the gun in hand, the suspect turned toward the deputy. Fearing for his life and the lives of those around him, the deputy discharged his weapon."

A witness tells Eyewitness News that she heard at least four shots fired. She also disputes police's account of events.

"No, that's a lie. There was no shooting towards the officers at all. I was nearby and I'm surprised I wasn't hit by the deputy. Why would they shoot him when his hands were on the door? What harm was he causing them," said Chelley, who did not want to give her last name.

The suspect was pronounced dead on scene. Police tell us they did recover a handgun from the pickup truck.

Earlier we reported two other men who were in the pickup had been detained. They have since been released.