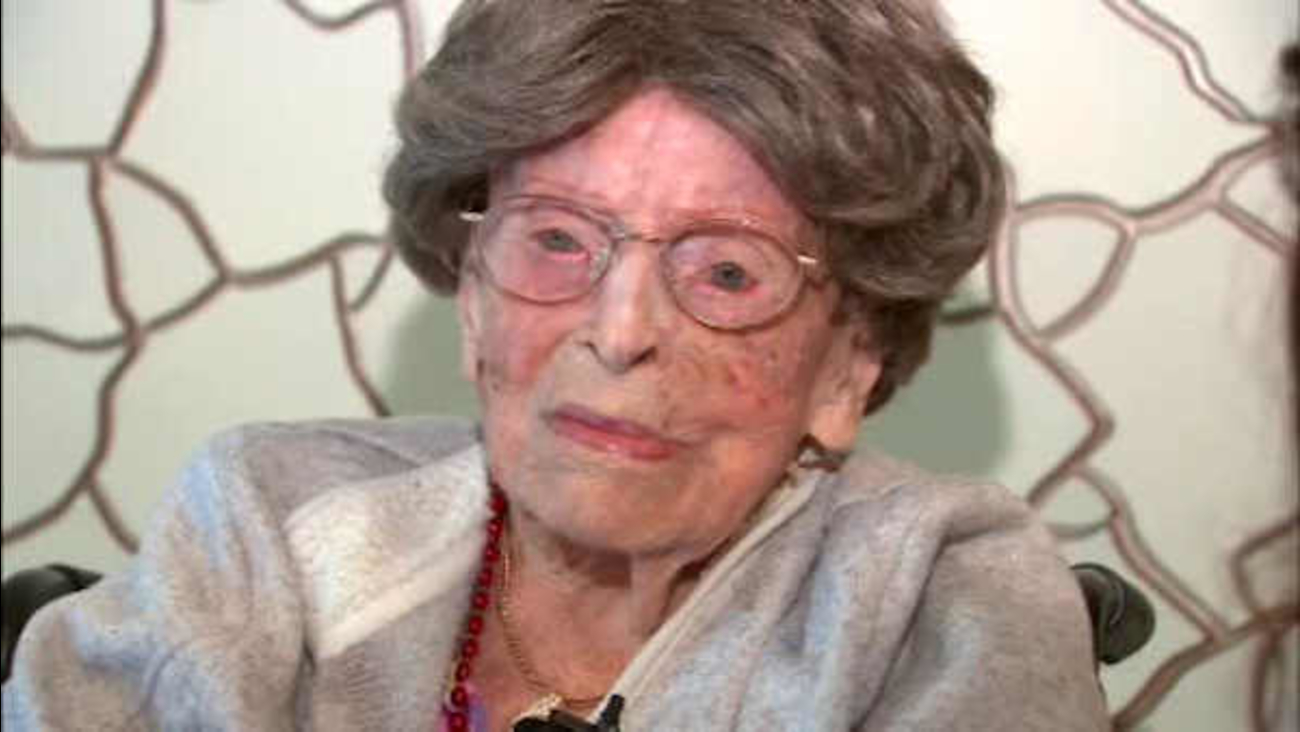 FLEMINGTON, N.J. -- A New Jersey woman who was the oldest American person has died at age 114.

Adele Dunlap died Sunday at a hospital near Flemington, according to the Martin Funeral Home.

She had become the country's oldest person in July 2016 following the death of 113-year-old Goldie Michelson, of Worcester, Massachusetts.

Toni Yates has the story of a 113-year-old New Jersey woman who is now the oldest American.

Dunlap didn't have an explanation for her longevity, and neither did her children. Asked at the time how it felt to be the oldest American, Dunlap said "I don't feel any different."

Dunlap was born Dec. 12, 1902, in Newark, though family and caregivers said she often gave a younger age when asked how old she was.

Dunlap taught school before marrying and settling down to raise the couple's three children. Her husband worked for an insurance company and died in 1963.

"It's hard to say," her son, Earl Dunlap, said when his mother became the oldest American. "She never went out jogging or anything like that. She's not really thin, but she never weighed more than 140 pounds. She smoked, and when my father had his first heart attack, they both stopped. I think she ate anything she wanted."

Earl Dunlap says his mother wasn't a drinker but did occasionally enjoy a martini with her husband. Officials at the Country Arch Care Center in Pittstown, where Dunlap first arrived at age 99 , described her as a passive participant in daily activities who socialized minimally. But they said she looked forward to Girl Scouts' coming to sing Christmas carols.
Related topics:
new jersey
Copyright © 2021 by The Associated Press. All Rights Reserved.
More Videos
From CNN Newsource affiliates
TOP STORIES