HOUSTON -- Authorities say they've recovered a body at the Port of Houston, and it could be a victim of this week's torrential flooding.

The U.S. Coast Guard says a tug boat spotted the body Thursday evening on City Dock 29, and Houston police were called to pull it out.

Authorities haven't yet positively identified the body, but they say the victim matches the description of an elderly man who went missing when during Tuesday's torrential rains. Jack Alert, his wife Shirley, daughter -- along with a fourth man in his 50's -- were being rescued by firefighters in the 2900 block of Braeswood when their boat capsized. A second group of firefighters swooped in and saved the two firefighters, along with the elderly couple's daughter. But Jack and Shirley Alter and the man were swept away by flood waters. On Tuesday, Shirley Alter's body was found along Brays Bayou. The other man was found Wednesday.

"The son contacted us. He already had his mother back. Now he wants to find his dad. We're going to help him do that," Frank Black, of Texas Equusearch, told Eyewitness News earlier Thursday. 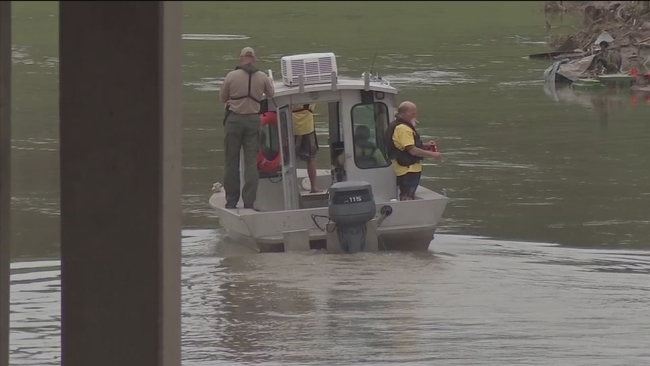