KTRK
VICTORIA, TX (KTRK) -- There's fallout from video we showed you last month as a Victoria, Texas, officer used his Taser on a man during a traffic stop.

The Victoria Police Department announced Monday that officer has been fired.

Vazquez got out of his vehicle and shortly after, a struggle ensued between him and Robinson. During that struggle, Robinson used a Taser.

Vasquez was taken to Citizens Medical Center, where he was released after a medical evaluation.

Following an internal affairs investigation by the Victoria Police Department, it was determined Robinson violated three different policies and was fired from the department. Police Chief Jeff Craig cited "conduct and performance", "use of force" and "arrest without a warrant" as the policies Robinson violated.

Eyewitness News was the first to tell Vasquez about the termination.

"I hate to see anybody lose his job, but it was his own doing. He should not have done that, but he did," Vasquez responded.

The Texas Rangers also conducted a criminal investigation. Their findings have been forwarded to the Victoria District Attorney's Office for review.

Vasquez's attorney, Rachel Messer, said he and his family are hopeful for a full prosecution. They are planning a news conference for Tuesday afternoon in Victoria. 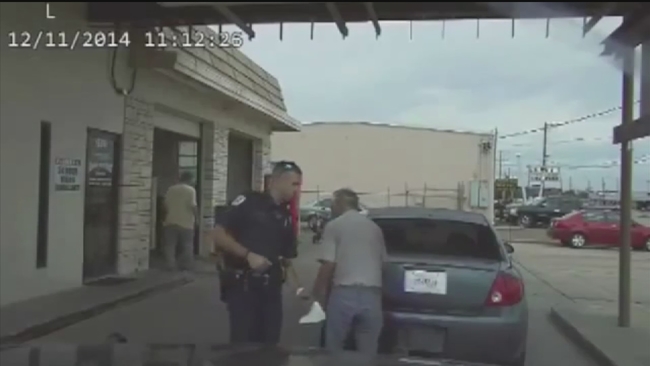