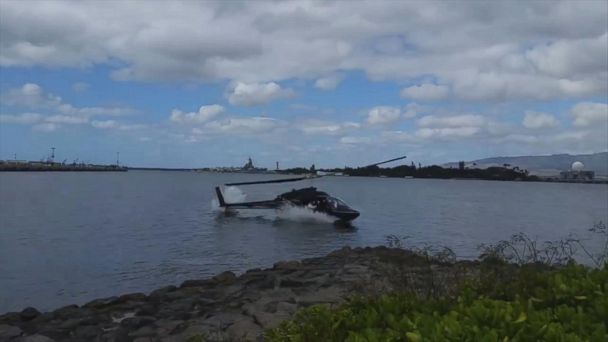 The National Transportation Safety Board will investigate a helicopter crash in Pearl Harbor that left a teenage boy in critical condition.

The crash happened Thursday near the USS Arizona Memorial, the U.S. Coast Guard said. Five people, including a family of four, were on board the single-engine helicopter.

Three members of the family, including a 15-year-old boy, were taken to Pali Momi Medical Center in Aiea, Hawaii, a hospital spokesman said. The boy was listed in critical condition and the two others were in stable condition.

The fourth member of the family was treated at another hospital and released, the spokesman at Pali Momi Medical Center said.

It's unclear whether the remaining passenger was injured.

Scott Reiff, the helicopter pilot for ABC station KABC in Los Angeles, said there may not have been enough energy in the rotor system to cushion the landing.

"It appeared at some point that he [the pilot] lost some type of power," he said.

Bystanders jumped into the water to help the passengers. Daniel Rose said one victim was under water for about three minutes.

"That was scary," Rose said. "We were thinking we were going to see a dead body come up."