Nobody hurt in gunfire that damaged Islamic center in Texas 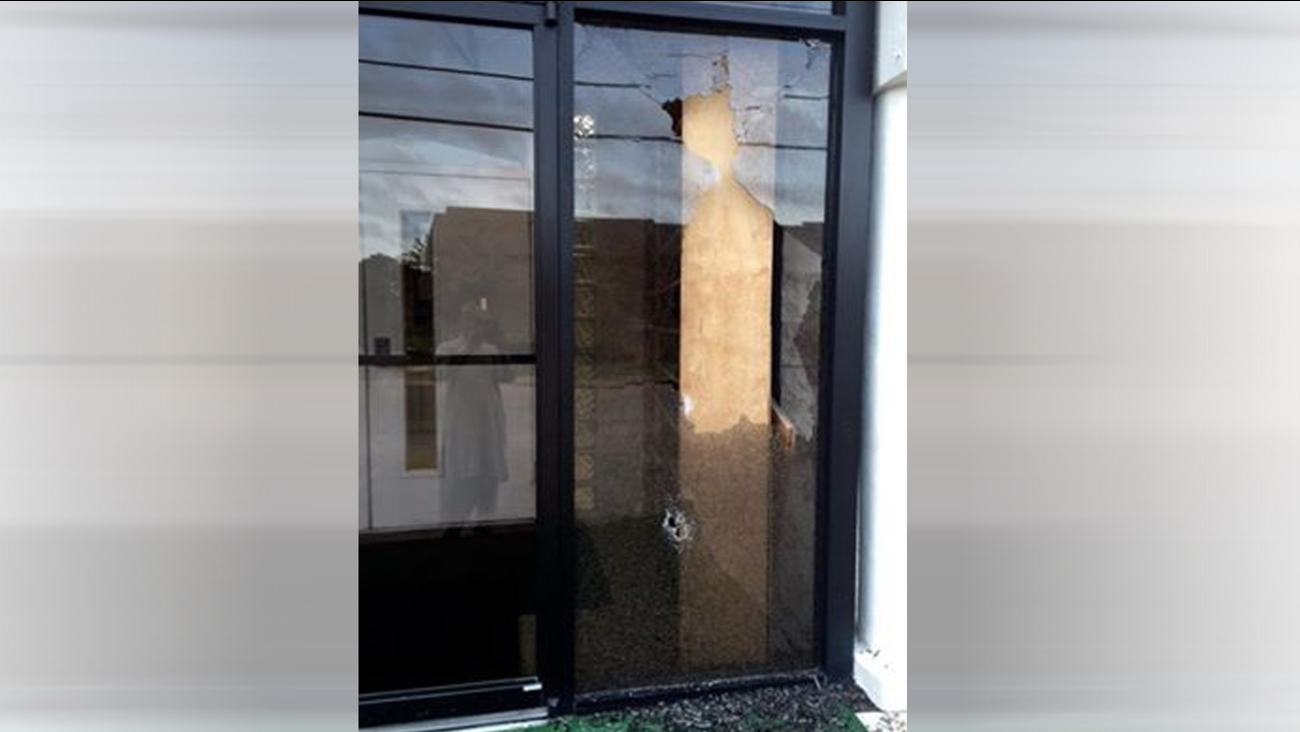 A Facebook user posted this photo showing the aftermath of a shooting directed toward an Islamic community center in College Station, Texas. (Nimrah Riaz)

COLLEGE STATION, TX -- Police say gunfire has damaged an Islamic Community Center in Central Texas at a time when the building was unoccupied.

College Station police say nobody was hurt in the incident around 4:30 a.m. Thursday. Nobody has been arrested.

Lt. Steve Brock says officers responded to reports of at least four shots fired. Police discovered a broken window near the main entrance, apparent bullet holes in the glass and other exterior damage.

Brock says investigators are seeking a motive for the gunfire. He says police were not aware of any threats to the Islamic Community Center. The FBI is also investigating.

No damage estimate was immediately released.