No radiation detected after tunnel breach at WA nuclear site 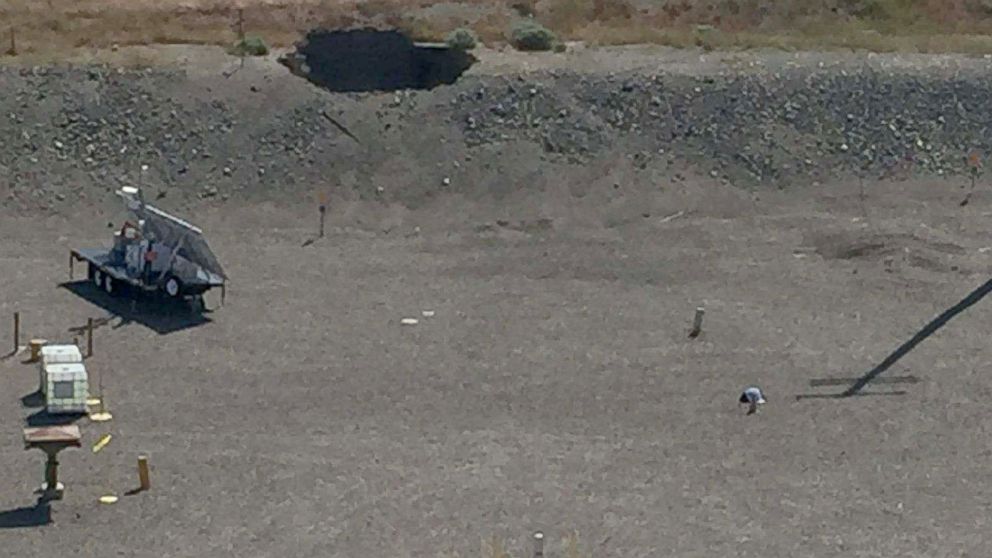 Officials at the Hanford nuclear waste site in Washington state were moving "towards the recovery phase" Tuesday night after a section of a tunnel used to house contaminated radioactive materials was breached earlier, the U.S. Department of Energy said.

The former nuclear production site went into an immediate lockdown at around 8:30 a.m. Tuesday after a routine inspection revealed that soil had collapsed over a portion a 20-foot-long section of the tunnel, which was storing contaminated railcars, U.S. Department of Energy officials said.

There was no contamination or injuries reported at the site, but the emergency workers said they would continue to monitor the area as a crew prepared to fill the hole with clean soil, energy officials said.

"The incident is moving from the emergency phase towards the recovery phase. The workforce has safely left the site, other than personnel essential to the recovery plan," the DOE said in a statement late Tuesday. "After extensive testing the site remains confident at this point that there has been no indication of worker exposure or an airborne radiological release."

Non-essential workers, who were initially advised to stay in place, have been released, but some workers were advised not to report for graveyard shift on Tuesday night.

Washington Governor Jay Inslee called the breach a "serious situation" in a statement earlier on Tuesday.

The 60-year-old tunnel -- constructed of wood and concrete -- is next to the Plutonium Uranium Extraction Plant, a former chemical processing plant, according to the Hanford Joint Information Center.

The tunnel was built to house rail cars that were filled with contaminated equipment and moved into the tunnels during the Cold War, the center said. It was sealed in the mid-1990s and is checked periodically, it added.

"That tunnel feeds into a longer tunnel that extends hundreds more feet and contains 28 rail cars loaded with contaminated equipment," the center said in a statement Tuesday night. "The hole opened up in the shorter tunnel near where it joins the longer tunnel."

Governor Inslee said that federal, state and local officials are working together on this incident and that his office is in close communication with the Department of Energy's headquarters in Washington, D.C.