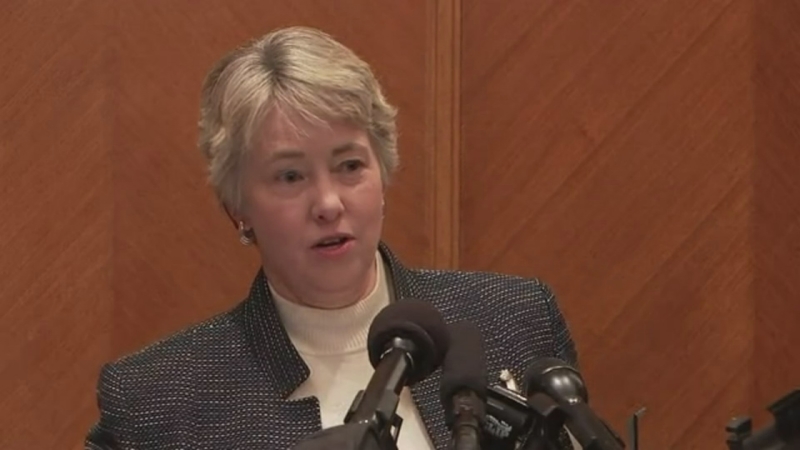 HOUSTON (KTRK) -- Mayor Annise Parker zinged a reporter during a question and answer session after a City Council meeting Wednesday.

The mayor was talking about the backlog of fixing potholes. Parker said the city re-prioritized money from its last budget and the council voted to put $10 million more toward short-term pothole fixes. Seconds later, a Houston reporter asked a question about a $10 million shortfall for fixing potholes.

Mayor Parker then responded, "No duh. That's what I just said."

Parker went on to say there's only so much money to spend with the city budget. She also said the city is spending twice as much on street and drainage projects than when she first took office thanks to the Rebuild Houston program.
Related topics:
houstonbuzzworthyannise parker
Copyright © 2021 KTRK-TV. All Rights Reserved.
More Videos
From CNN Newsource affiliates
TOP STORIES

Alcohol-to-go is now permanent in Texas, so who benefits?
US health advisers endorse Pfizer COVID-19 vaccine for kids 12 and up
A few light showers, breezy, and cooler Wednesday afternoon
Students rescued when homemade boat drifts out to sea
Search resumes for 8-year-old who drowned in rip current
Show More
Woman charged in shooting death of ex-husband as they ate lunch
Pro golfer paying it forward
5 places where police believe you could be targeted by criminals
Man Turns to Ted after getting $102,000 surgery bill
Chick-fil-A is facing a sauce shortage
More TOP STORIES News