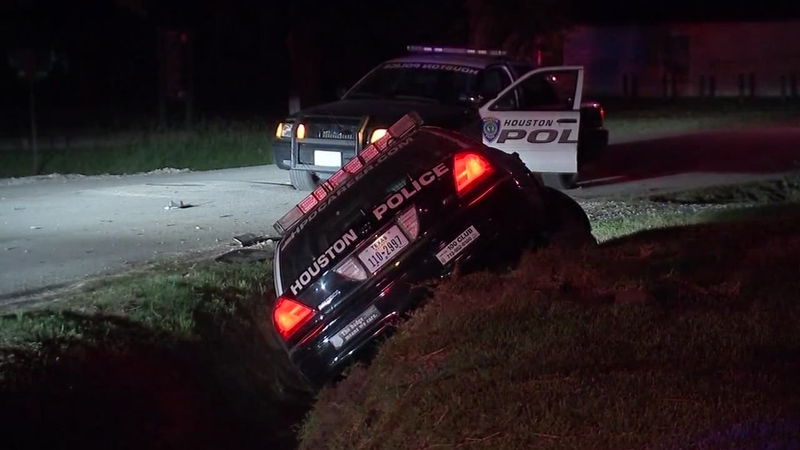 HOUSTON (KTRK) -- Houston police officers are now not allowed to fire their weapons when faced with a suspect who is trying to run them over, according to a memo obtained by ABC-13 Tuesday.

The former policy allowed officers to use deadly force when their lives where threatened by a suspect in a vehicle. Under state law a vehicle can be considered a deadly weapon.

In the memo dated September 25th, 2015, Houston Police Chief Charles McClellan wrote, "Effective immediately, officers shall not discharge a firearm or soft-impact weapon at a moving vehicle unless a person in the vehicle is immediately threatening the officer or other person with serious bodily injury or death by mean other than the vehicle itself."

"Now what they've done is they've given one more tool for the suspects to kill police officers," said former HPD officer turned attorney Tom Nixon. "Once criminals figure out that they can use their vehicle as a weapon and the police can't shoot them, they will have a greater incentive today and use their vehicle as their weapon to escape."

The last time an officer was killed by a suspect in a vehicle was in May of this year. Officer Richard Martin was run over and killed while he was setting up spikes during a police chase. The suspect hit and killed him before Officer Martin could pull out his weapon.

"We've already lost an officer in a situation where the suspect should've been shot before killing the officer," said Nixon.

"This policy is a long time coming," said civil rights attorney Randall Kallinen. "In many circumstances they are shooting because the person is trying to get away."

ABC-13 legal analyst Joel Androphy said vehicles can be used as a deadly weapon, and officers should be allowed to defend themselves.

"A vehicle is a weapon. Driving a vehicle going after somebody is no different than pointing a gun to someone and saying I'm going to shoot you," said Androphy.

An HPD spokesperson refused to comment on why the use of force policy was changed but stated that the department is constantly changing its policies to save lives and protect the public.

"It just tells me that they would rather go to a funeral then deal with the lawsuit," said Nixon.

Nixon said officers he knows are upset about the new policy and said they won't obey it if it means protecting their own lives.

The Houston Police officers union would not comment on the change in policy, but said they will be meeting with the police chief first thing Wednesday morning.
Related topics:
houstonhouston police department
Copyright © 2021 KTRK-TV. All Rights Reserved.
More Videos
From CNN Newsource affiliates
TOP STORIES