New, disturbing details in case of man accused of infecting toddler with HIV 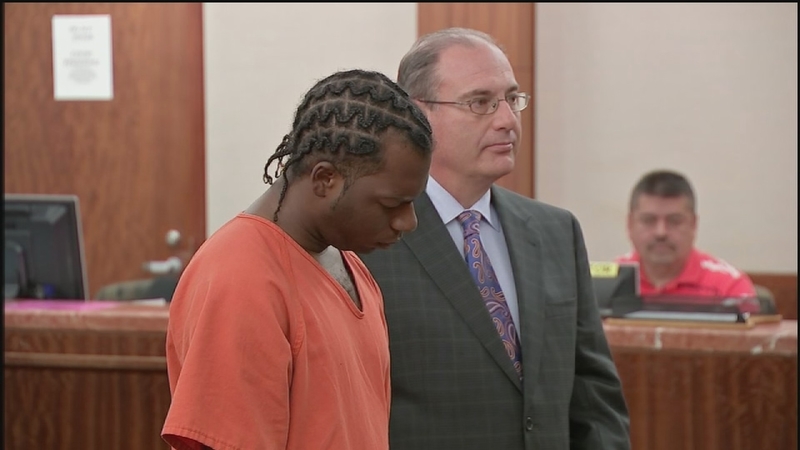 HOUSTON (KTRK) -- The story of a registered sex offender -- who is HIV positive -- charged with sexually assaulting his then-23 month-old niece, and impregnating a 14-year-old girl has taken another disturbing turn.

Wilson is said to be "regretful," but he has yet to tell investigators how many more people/victims may be involved, their ages, names or dates.

As a result, anyone who many have crossed paths with Wilson, or may be concerned their children know him, are asked to call police. The concern is that anyone who had sex with him may be infected with several sexually transmitted diseases, including HIV.

Wilson is said to have been in a position to meet children and students through his jobs at several fast food restaurants in the city.

He was already a registered sex offender, dating back to a aggravated sexual assault of a child conviction some eight years ago. It too involved a 14-year-old girl.

Police say after he served four years in prison, he was required to register annually as a sex offender. An investigator says there were apparently no other requirements imposed on Wilson by the court where he was sentenced.

When his then-23-month-old niece was found to have HIV, herpes and chlamydia last November, Wilson was one of four people in the house who was tested for the virus. He was the only other person to test positive. Police say it was when he first discovered he was HIV positive, which "scared him."

Police say the child lived with her parents for the first 7 months of her life, before she was given to relatives in Houston to raise, so they couldn't prove Wilson had anything to do with it. In fact, it was not until a 14-year-old girl, who said she'd had sex with Wilson since she was 12, came forward that police began looking at him as a suspect. The girl is pregnant, she says, with Wilson's child. She also tested positive for HIV, herpes and chlamydia.

The diseases that linked the toddler and the teen led to Wilson's arrest this week. He's charged with two counts of sexual assault of a child, one of them a "super aggravated" charge because of the age of the youngest alleged victim.

Though Wilson was scared that he was found to be HIV positive, police say he continued to have sex with the 14-yea-old girl. In a court affidavit, she told a case worker the two would park on a cul-de-sac near her school and have sex in his car. The last time, she stated, they had unprotected sex.