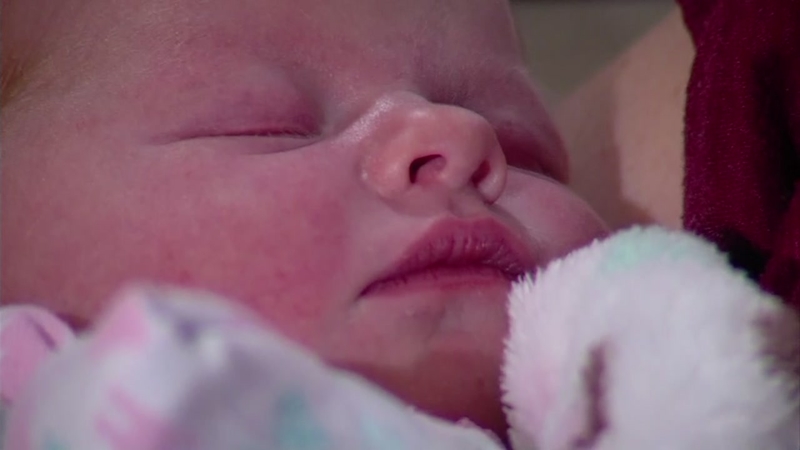 SALT LAKE CITY, UT (KTRK) -- A Utah couple welcomed their fourth child into the world on the side of Interstate 15, coached through delivery problems by a 911 operator.

Kristin Allred and her husband Shay were six miles from the hospital when she said she knew she had to start pushing, KUTV reports.

Allred's husband pulled over on the side of Interstate 15 and called 911.

Dispatch operator, William Kalaher, who is still on a probationary training period, took the call and guided the couple through the delivery.

"We do daily training calls that help us be prepared, because you never expect it. It just happens when it happens," Kalaher told KUTV. "Daily training is where it comes into play. Honestly, my entire focus was on those two."

Kristin gave birth to a baby girl, but quickly realized the baby was not breathing and the umbilical cord was wrapped around her neck.

"At first she came out and she cried. And then she just went limp," Shay told KUTV.

Kalaher quickly calmed the parents down and told Shay to take a string or shoelace and tie it tightly around the umbilical cord. He guided Shay through the process and 30 seconds later, the baby was breathing.

"As soon as we tilted her head back, she just gasped her first breath and it was like, ah, thank goodness," Shay told KUTV.

Soon after, police and paramedics arrived and Allred and her baby were taken to the hospital.

According to KUTV, this was Kalaher's first major call.