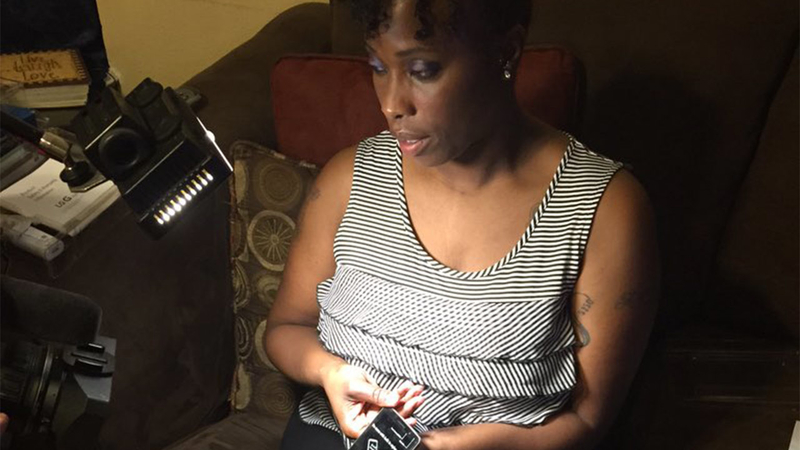 CHANNELVIEW, TX (KTRK) -- A Channelview mother is disgusted about what she and her teenaged daughters found on what was supposed to be a brand-new phone they had just bought from Wal-Mart.

Tashieka Brown says she's been buying the Wal-Mart Family Talk Phone for years because she likes the product and the cell phone plan.

Monday night, she bought another one from the store on Wallisville Road in Channelview. The seal on the box was broken but that's all that seemed out of place, until her daughter tried to set it up for her.

She and her mother found text messages, emails and 30 or so cringe-worthy and obscene videos, mostly showing a naked man pleasuring himself.

"Oh my word, I was flabbergasted. I couldn't believe what I was seeing. I was upset my 18-year-old had seen it and I was even more upset on my way there that she told me my 14 year old had seen it," said Brown.

Brown went back to the store where she says the manager seemed uninterested. She then filed a complaint with Wal-Mart Customer Service.

Tuesday night, a Wal-Mart spokesman told Eyewitness News, "we are certainly looking into this and will work with the customer directly to resolve the issue."

The mother has one simple request...an apology, but her daughter wants something harder to make happen.

"I'm like I just want to get it out of my head. That should have been erased before we even got the phone."