Military impersonator kicked out of The Galleria 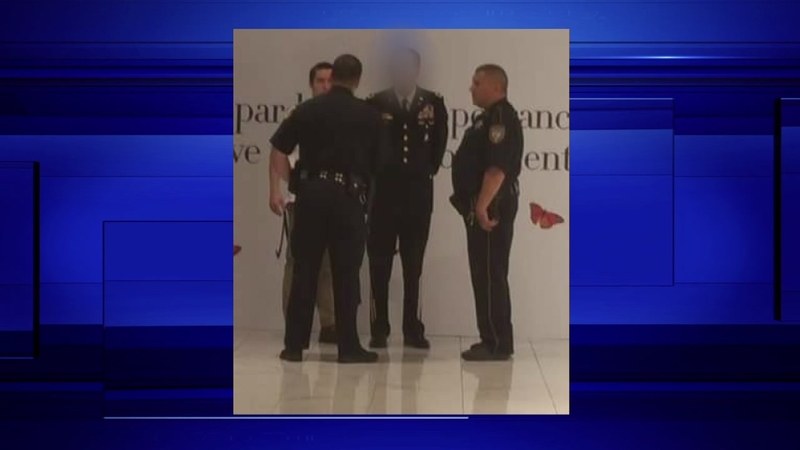 HOUSTON (KTRK) -- A military impersonator was kicked out of The Galleria and the entire incident was caught on camera.

The man caught the unwanted attention of four Army privates on Saturday. They told us they noticed mistakes with his uniform and confronted him.

"So I went up to him and I was like, excuse me sir thank you for your service, Private First Class Kevin Barry said. "And like immediately he said, oh thanks bro. And I didn't think someone in the military for that long would say bro to me."

Barry and the other privates publicly questioned the man's military service and even asked him to show them his military ID. The man refused and they labeled him a fake.

The group called security and the man was escorted out of the mall. However, he was not arrested.