By Kristi Nix, The Pasadena Citizen
HOUSTON -- Houston Mayor Annise Parker responded to the controversy over the subpoenas to pastors in the Houston Equal Rights Ordinance repeal petition case Monday during her appearance at the Lone Star Flight Museum event at Ellington Airport.

Earlier this month the decision to issue subpoenas for the text of sermons voicing opposition to HERO drew local and national criticism. The initial subpoenas, issued in response to a lawsuit filed by opponents of the city's ordinance - passed by Houston City Council in June, required "all speeches, presentations, or sermons related to HERO, the petition, Mayor Annise Parker, homosexuality, or gender identity prepared by, delivered by, revised by, or approved by you or in your possession," according to Alliance Defending Freedom, a no-profit legal organization that advocates for the right of people to freely live out their faith.

ADF attorneys filed a motion Monday, Oct. 13, in the 152nd District Court to quash the initial subpoenas, and Texas Attorney General Greg Abbott sent a letter to the city's attorney asking that the subpoenas immediately be withdrawn. In his letter to the city attorney, Abbott said, "Whether you intend it to be so or not, your action is a direct assault on the religious liberty guaranteed by the First Amendment. The people of Houston and their religious leaders must be absolutely secure in the knowledge that their religious affairs are beyond the reach of the government."

The subpoenas were narrowed on Oct. 17 to focus only on communications related to the HERO petition process.

"As soon as the city attorney and I found about the wording of the initial subpoena, we narrowed the scope," Parker said Monday (Oct. 27) at Ellington. "This is not about their 501-C3 status; this is not about being a church. It is about organizing a petition drive under a legal process allowed by the city charter and did they in fact, know what the rules were? Because they have claimed that they didn't know what the rules were and then they further claimed that the rules didn't matter. Our defense is they knew what the rules were and they said the rules matter and they said it over and over again in various forums. We're going to ferret that out if we can; but this about defending the city appropriately." 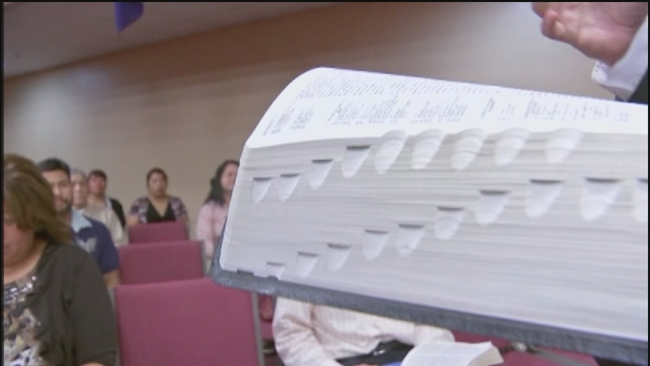 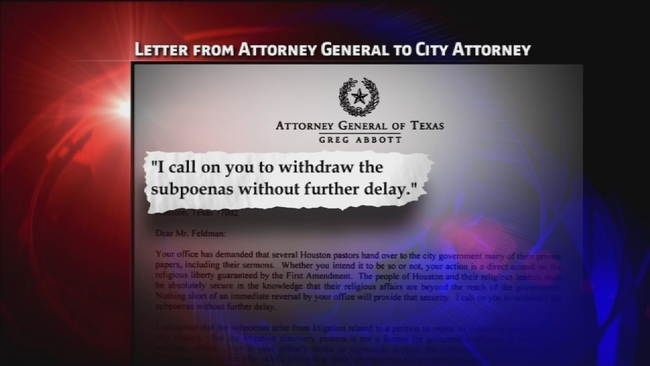 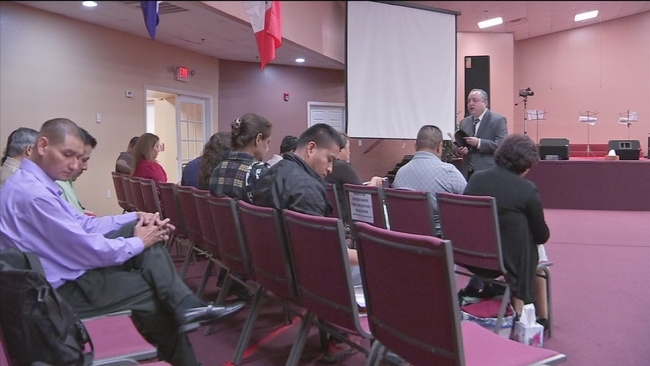