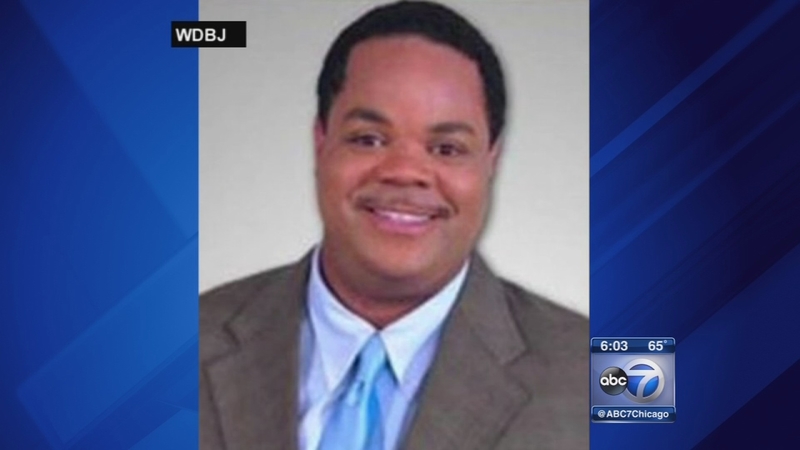 State and federal authorities are looking at the red flags that went up for several years in the life of 41-year-old Vester Lee Flanagan, who shot and killed two former coworkers, reporter Alison Parker and cameraman Adam Ward, during a live television interview Wednesday morning. Flanagan worked on the air under the name Bryce Williams at CBS affiliate WDBJ with Parker and Ward until he was fired two years ago.

Authorities are attempting to figure out if the ambush could have been prevented. For now, they know what happened, they may know why it happened and they are certain how it was eventually stopped.

Flanagan shot Parker, Ward and their interview subject Vicki Gardner, around 6:45 a.m. then escaped in a getaway car. Schools in the area were placed under lockdown for hours and the public was in a panic until a Virginia State Trooper flagged the suspect's license plate.

"Technology picked it up, the license plate reader," said Sgt. Rick Garletts with the Virginia State Police. "Once a license plate is entered into the system, that reader will be able to identify that plate when it passes."

As the I-Team first reported in June, Automated License Plate Reader, or ALPR, technology is a sophisticated surveillance method that automatically matches pictures taken of license plates to police databases.

This morning, when Flanagan passed a trooper on a highway ramp, the ALPR snapped a picture and she began to follow him.

"As soon as it was entered, it did come up as a positive hit that that vehicle just passed me less than three minutes earlier," said Trooper Pamela Neff.

Soon after the shooting, Flanagan posted videos of his armed ambush on social media.

"People who develop narcissism, this over blown sense of self and self-importance, they really do think the world revolves around them and so posting on social media the crime is very consistent with that," says Jim Garbarino, a Loyola University psychologist who studies the criminal mind. "It's part of a general effort to say, 'I am the center of the world and anyone who stands against me has committed a horrible outrage.' It's called narcissistic injury."

Flanagan also contacted traditional media. Nearly two hours after the shooting, ABC News received a 23-page fax from Bryce Williams entitled "Suicide Note for Friends and Family." Soon after sending the manifesto he called ABC News and said he shot two people. He had been calling ABC over the past few weeks wanting to pitch a story, but never told anyone what it was about.

In the manifesto, Flanagan says his reaction to the racism of the Charleston church shooting triggered Wednesday's violence. "The church shooting was the tipping point," he writes, "but my anger has been building steadily...I've been a human powder keg for a while...just waiting to go BOOM!!!!"

He said Jehovah spoke to him, telling him to act and he challenged the Charleston shooting suspect to bring on a race war.

Later in the manifesto he mentions the Virginia Tech mass killer and the Columbine High School killers saying, "Also, I was influenced by Seung-Hui Cho. That's my boy right there. He got NEARLY double the amount that Eric Harris and Dylann [sic] Klebold got...just sayin'."

Throughout the rambling letter to authorities he claims he suffered racial discrimination, sexual harassment and bullying at work and he was attacked for being a gay man.

"The culture that we live in that supports and fosters violence that has such a strong theme of racism and homophobia all of that obviously was building up inside this man's head," says Garbarino.

Garbarino has spent decades studying the minds of killers, trying to understand their violent behavior. Among his conclusions is that we live in a culture that supports access to weapons and are surrounded by entertainment that promotes violence.

He has written a book called "Listening to Killers." He says the fact that Flanagan refers to previous mass murders means that he sees himself as part of a movement looking for revenge against the world. And Garbarino is concerned about copy cats. "Every killing makes sense from the point of the killer," he says, and if a person has a distorted sense of reality an ambush like this one may serve to encourage similar behavior.
Related topics:
virginia tv crew shootingu.s. & world
Copyright © 2021 WLS-TV. All Rights Reserved.
VIRGINIA TV CREW SHOOTING
After girlfriend's on-air murder, ex-anchor wins office
New details on what suspect in TV crew shooting had in car
VIDEO: Watch TV crews' emotional tribute to murdered co-workers
Vester Flanagan's prom date reacts to news crew shooting
TOP STORIES
Boston-bound jet crashes on takeoff west of Houston with 21 on board
Houston executive 1 of 21 on board jet when it crashed in field
Crews working to put out gas line fire in Friendswood
Jan. 6 panel votes to hold Steve Bannon in contempt
Big warm up ahead but another cool front in the forecast
Astros to start less-than-healthy Greinke in Game 4 to salvage ALCS
Unsolved: A Life Never Lived
Show More
Alvin Community College gives inmates way to earn a second chance
471 criminals arrested and over $421K seized in 10-week operation
4-year-old survives fall off 70-foot cliff while hiking with parents
Wanted: 80,000 truck drivers to help fix the supply chain
Megan Thee Stallion and Popeyes make 6-figure donation to charity
More TOP STORIES News