Man reunited with missing dog after wife dies in crash 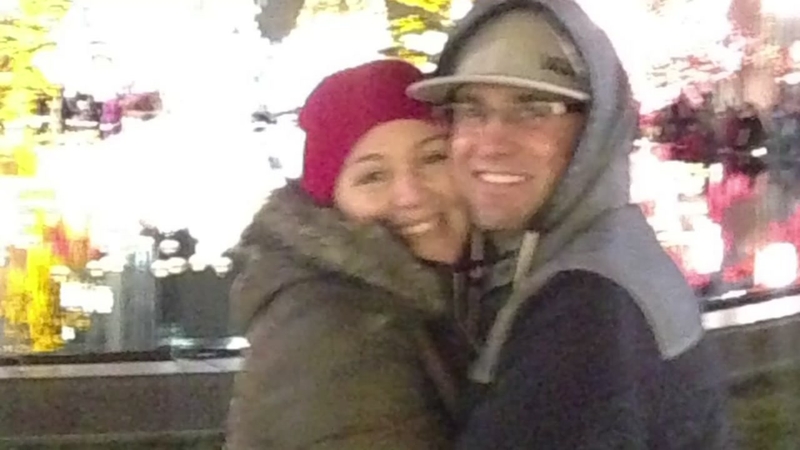 Utah resident Chris Olsen said a patch of black ice was responsible for a terrible accident that changed his life forever.

It happened January 12 when he and his wife, Michelle, were headed home on a Utah highway.

"We spun out completely and then by the time it straightened out, we hit the rail," said Chris Olsen.

That hit caused their truck to flip several times, landing on the passenger's side where Michelle was sitting.

Michelle Olsen was responsive on her ride to the hospital but died shortly after arriving. Chris Olsen received a hand injury that might require a cast.

The two had been married for two years before adopting Monte, their dog, that was also in the vehicle at the time of the crash.

The accident scared Monte, who ran away and was on the run for a week.

"You know if I find him, he's going to be the one helping me out right now," Chris Olsen said.

Posts about losing Monte made the rounds on social media. Chris Olsen said for the last week he's received tips on Monte sightings.

Finally, on Thursday, a vigilant resident helped catch the dog and get him back home. It is a reunion Chris Olsen said he had hoped would come sooner, but one he felt happened because of his wife on the other side.

"There's no way that he could've lasted without some kind of spirit guiding him," he said. "I feel like Monte is a blessing in my life right now being able to help me out through this."
Related topics:
utahmissing dog
Copyright © 2021 KTRK-TV. All Rights Reserved.
TOP STORIES
Harris Co. Pct. 4 Constable Deputy killed, 2 other deputies wounded
Homers from Altuve, Correa lift Astros to Game 1 win
Enjoy the beautiful, breezy day
Miracle boy's mother marries 6 days after happy reunion
NASA's asteroid hunter Lucy soars into sky with diamonds
5th sailor charged in Houston Navy corpsman's death
1 dead in apparent road rage incident in Mission Bend
Show More
Bill restricting transgender student athletes' heads back to House
Are the Astros a dynasty after 5 straight ALCS trips?
How you can enjoy Boston food in Houston without heading to the ALCS
Masks and vaccines are a must this holiday season: CDC
Hostage situation on SW Houston street ends with passenger in custody
More TOP STORIES News