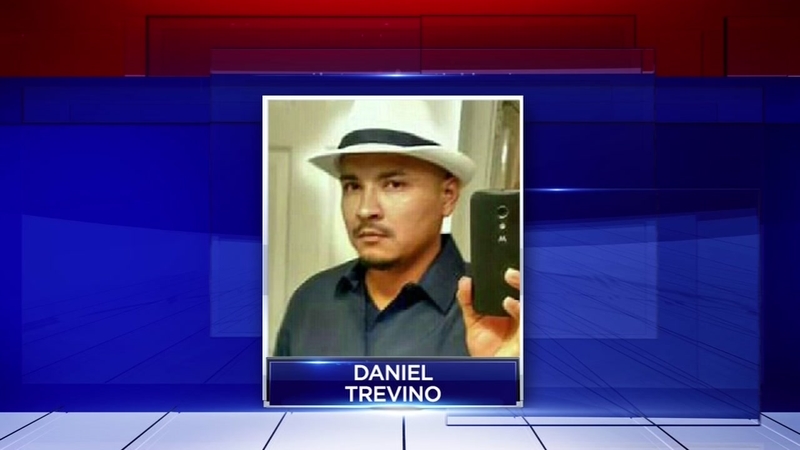 HOUSTON (KTRK) -- Family members are grieving after a man was killed trying to protect his sister.

Daniel Trevino, 32, was killed Saturday night. His sister had been surrounded by five armed masked men at their north Houston apartment complex.

Police tape and a small memorial are all that remain at the spot Trevino was killed. His sister and her fiance have since moved out. They say it's just too hard to continue living in a place where they lost so much.

Emily Torez and Ricardo Flores say there is not a doubt in their minds that Trevino saved their lives. On Saturday, all three of them had just returned home.

They were settling in for the night, but Flores forgot to lock his car and went back outside.

That's when he was surrounded by five men with guns. They pistol-whipped him and demanded cash. Torez and Trevino heard the commotion ran to help.

The men then grabbed Torez and tried to force her into a car. Trevino wouldn't let them.

Flores grabbed Torez as her brother struggled with the gunman. Trevino tried to run away but was shot before he could make it back to the apartment.

"We miss you so much," said Torez. "We will make sure we have you in our hearts forever and I'm going to make sure my son knows he died saving his mommy."

So far, no arrests have been made. Police have a very limited suspect description. They say the all five men are African-American, believed to be in their teens or early 20s -- one of them with dreadlocks.

The family is hosting a car wash fundraiser on Tuesday 11/24 at 10am to raise funds for funeral costs at the Auto Zone, located at 9607 Mesa Drive. They have also set up a GoFundMe page if you would like to help out.

Anyone with information is urged to call HPD or Crime Stoppers at 713-222-TIPS.